In God We Trust

The Left's War Against America 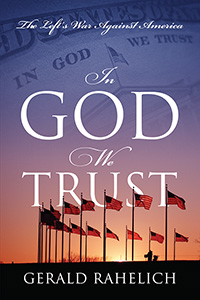 In God We Trust

The Left's War Against America

POLITICAL CORRECTNESS and the DESTRUCTION OF AMERICA

Most people are familiar with the term “political correctness,” but few Americans know that it was originally conceived in Frankfurt, Germany, in the late 1920s and early 1930s. It was here that communists formed The Institute for Social Research. Political correctness, or cultural Marxism, along with a doctrine called Critical Theory were designed to bring about the triumph of socialism on the world stage. When Hitler came to power in the 1930s, the communists of the Frankfurt School fled to the United States, bringing with them their political ideologies. They concluded that in order for socialism to triumph, Western Civilization would have to be destroyed; and destroying Western Civilization would mean destroying its foundation—Christianity and the nuclear family. With the advent of the Vietnam War, these communists saw an opportunity to put their plans into action. Today we are experiencing firsthand how political correctness and the culture war started by the left are destroying our country. Gerald Rahelich’s In God We Trust dares to speak the truth about what is happening in our society. The book examines our history and the factors that make America the greatest nation on earth. It also addresses the evils of socialism, the weapons they use, and how the radical left and socialists have infiltrated every facet of American life. This groundbreaking new book concludes with suggestions for combating the leftist assault on America. In God We Trust is not politically correct, nor is it for the faint of heart—but it is a must-read for every patriotic American. 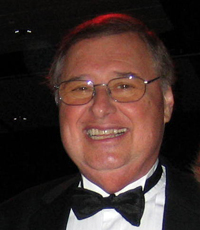 Gerald Rahelich’s passion for history and economics led him to a teaching career in New York City’s high schools. He holds a BA from Long Island University and an MA from New York University. Now retired, Mr. Rahelich resides in Staten Island, New York, and spends much of his time traveling the world.