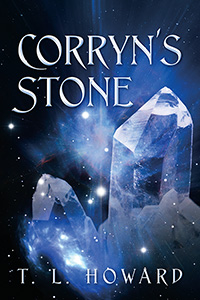 Mirah and Rasmun thought their work was done. The Choosing was accomplished and the world had been set right again. That is until Æyrebis, a mythical Caudex Anima and the same book that had driven Rasmun insane ten years ago, resurfaced. Unlike Mirah, Rasmun knows it isn’t merely sentient. He knows it harbors plans involving the ultimate destruction of humanity as the souls that comprise it strive to complete their long denied quest to become gods. The only thing that can stop Æyrebis is Corryn’s Stone, a stone of unfathomable power that opens a doorway into the heavens.

As she lay there, staring up at their faces, a cool breeze began blowing over her face. She could see their mouths moving, but she couldn’t quite hear what they were saying. Their voices were faint, distant and the curious fog that surrounded them was getting thicker. They seemed to be in a panic about something, though she couldn’t tell what. At one point, it sounded like Samone was saying something about the tip still being in there. Then Roenin screamed what sounded like, “No, she can’t die. I won’t permit it.” Thinking how odd it was for him to say that, she closed her eyes and gratefully gave in to the darkness. 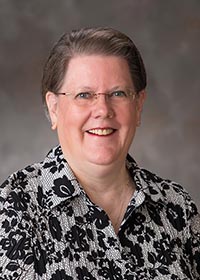 T. L. Howard has been fascinated with the “what-ifs” all her life, sometimes to the point of distraction. She is now well into adulthood and still can’t stop asking that question. She was born and educated in the state of Nebraska and currently resides there where she is employed at the university. Corryn’s Stone is the long awaited sequel to her first novel, The Crystal Key. When not writing, which is seldom as demonstrated by her bad housekeeping, she enjoys needlework, walking, and a good movie.
Contact Ms Howard at thoward53@gmail.com or www.tlhowardauthor.com 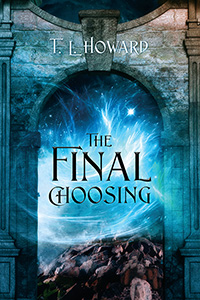 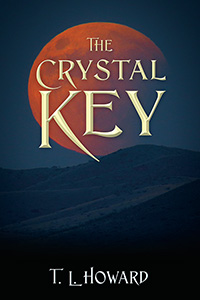