by Craig A. Combs 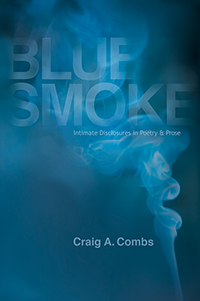 by Craig A. Combs

Blue Smoke is an offbeat narrative on weathering the whims of the daily unknown. Employing essay and verse, it’s ripe with chronicles of scarcity, resentment, and consequence; loss of faith and pride reclaimed; innocence stolen and the pursuit of trust denied. It is an exercise in decoding life’s ironies and deeply rooted superstitions—too long and too tightly held—that exposes our laughable attempts to outrun the curveballs thrown at us by our greatest adversary, ourselves.

Excerpted from "Walking the Poet’s Talk"

A poet in his natural stride is unfiltered deviation, his inspirited bones bustling beneath the perfect shroud of cerulean silk and threads of gold spun from star-dusted space water, then kissed by the desert breeze. His operatic protest underscores the broken hymen of his rebirth, or a letter long held, by lewd persuasion unsealed. He elevates the sovereign beyond choice and public acknowledgement. He personifies the altered state, the period his bête noire. He saddles the razor’s edge with cap in hand.
He’s walking the poet’s talk.

Dazzling with perplexity and artful in his debate, the poet is a stalker of buried passion, ruthless indifference, and the unmerciful lust for loss. He can boast no fans or wide-eyed groupies but still transmits dauntless all day long. Driven by an unflinching purpose, he shouts from crowded subway platforms and midday city sidewalks, “Sit still a minute and hear my restless heart rave!” With his shield of protection and sword of release, he’s armed to the teeth for this world and the next.
Poet. 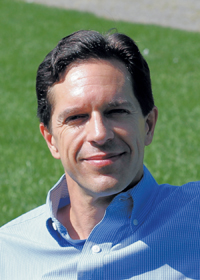 BIG NEWS is that my author webpage has now been upgraded to the RWD format, so please bookmark this website for ease of future visits: outskirtspress.com/bluesmoke.

The other BIG NEWS is that I am now on Facebook, so we can stay in touch via social media at www.facebook.com/craigacombs. Here is where all of my official BLUE SMOKE and SACRED STAR PRODUCTIONS information can be found, so if you have a FB account, please LIKE and SHARE my author page and send me a friend request while you're there.

Finally, here are the links to my official BLUE SMOKE PREMIERE launch videos:

As an independent writer and storyteller, Craig A. Combs is fully geared for climbing aboard the free spirit and memorializing life’s most striking moments in playful verse or chilling prose. As a rambling photojournalisto, he flourishes in the panorama of record rainfalls and the probity of the spontaneous uprising or the star-kissed romance. In Blue Smoke the author seeks to identify and showcase for his readers the copious shades of complexity in life’s everyday.

Blue Smoke is where poetic memoir meets graphic social narrative—it is a cosmic blend of seething satire and visionary prose poetry, interspersed with a few song lyrics and traditional rhyme to break the mood. It cries out for our collective maturity to stop trying to outrun its demons, and instead, to truly own every slice of our experience (awkward, bent or crucified) in order to manifest more coherent outcomes for ourselves and all generations to come.

Books can be purchased here or by emailing the author at craigacombs[at]me[dot]com to personalize your book order. Click here to visit his main author web-hub: backrosetea.com