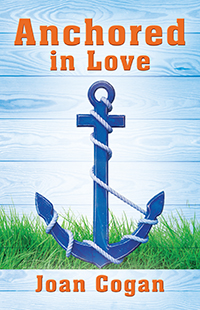 ANCHORED IN LOVE IS A SIMPLE STORY FOR ANYONE SEARCHING FOR A WAY TO FEEL BETTER, EVEN A LITTLE BIT BETTER.

The story is told in nine segments. Start reading anywhere, just start. Be willing to walk with author, Joan Cogan. She and B.J., your imaginary land anchor, will take you places you never thought possible.

- A - Acknowledge and accept yourself. You are the best you that you have. You are under construction, not a finished product.

- C - Create your personal ID card. Make it truly your own. Your internal dialogue is a reflection of what you see when you look in the mirror. It is what you repeatedly tell yourself. Whether it is true or false those words often become your reality.

- T - Trust in yourself. You are stronger than you think. Trust in others too. One of the most basic human needs is connection. Trust that each day, every day, is a fresh 24 hours.

Our walk will take us from a closed door to a door that is now open. Each stepping stone will move you forward. Each question you answer honestly will give you an opportunity to examine yourself. The detour will empower you to move from Point A to Point B. Knowing you are ANCHORED IN LOVE, believe you are capable and willing to do the work. You now have the tools to feel better, even a little bit better, one day at a time. 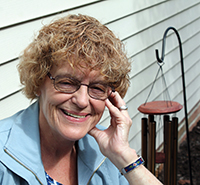 “Blessed is he who has found his work; let him ask no other blessedness.” Fresh out of college Joan joined the Northwest Local School District in Canal Fulton, Ohio. She taught second, third, fourth, sixth, and eighth graders. After 22 years in the classroom her role changed from teacher to first elementary guidance counselor in the school system. Twelve hundred students, kindergarten through sixth grade in three buildings, became her norm for the following 13 years. Her ability to create a kind, welcoming, and forgiving place surpasses many others. Her focus and hope as an educator remains the same. Every CHILD, every day, is the CURRICULUM. The rest is just stuff. 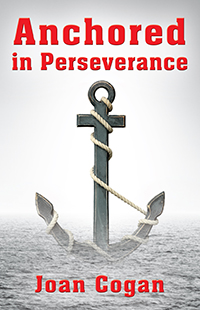