All the Dark Corners 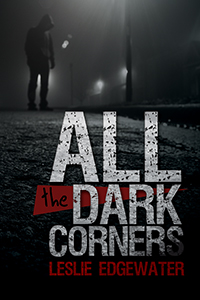 All the Dark Corners

How will it all unravel?

Awakened by her growling dog, Loren Waters finds herself alone, unarmed, and in danger …

Footsteps on the porch, a shadow outside her bedroom window, and the sound of the door being opened by someone uninvited, cast Loren into a state of unspeakable terror. Trying to absorb what happens next, leaves her physically and mentally wounded. Shocked, speechless and inconsolable, Loren struggles to give Officers Carter and Zimmerman the facts behind the crime.

Caught up in a broken justice system, Loren fights for her safety, privacy, and right to a normal life…

Now Loren is afraid because she knows that out there, in some dark corner, her stalker is watching. Feeling unsafe, Loren lives looking over her shoulder. Why can’t the police protect her? Why are people close to her reluctant to help? Disillusioned by the system, Loren considers taking justice into her own hands.

A first-hand experience of victims’ rights, or lack thereof, keeps Loren in the halls of domestic violence and criminal court. Feeling threatened and alone, she arms herself with knowledge, and sets out to prove the case against her stalker. As violence escalates, Officers Carter and Zimmerman discover a surprisingly complex web of deception.

How will it all unravel?

Battery and stalking are issues that are commonly discussed today. But that wasn’t always true. Back 15 years, public discussions were just beginning, and laws and protections were far less evolved. This is a look back to a time when cell phones and PCs were just becoming common household technologies, and penalties for domestic crimes and stalking had little or no major legal consequences. Victim’s rights were virtually non-existent.

The subject matter is troubling and thought provoking. When you put it down, I hope you’ll want to get up and do something. 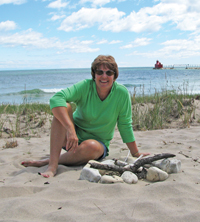 I was born with a pen in my hand and my suitcase packed.

I’ve always been a writer and an adventurer. I grew up hungry for good stories, the ones that drew you in, introduced you to new ways of thinking, and took you to out-of-the-way places. I remember looking at the globe thinking I was going to visit all 50 United States and as many foreign countries as I could. And so my life is ordained.

Writing and travel are the common threads that weave my life together. I've always been a writer, creating stories, poetry, columns, and newspaper and magazine articles, and websites. Then I started my blog, breakfastwithbella.com. Writing this novel was a natural next step.

I hope you like it! If you do, please let me, and others, know! - Leslie Edgewater

Learn more about me on Facebook, my blog, breakfastwithbella.com, or on my Amazon.com Author Central page. 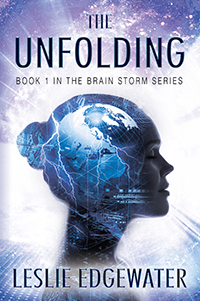 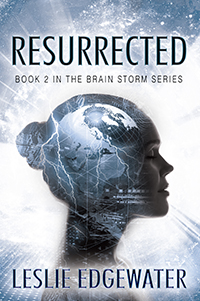 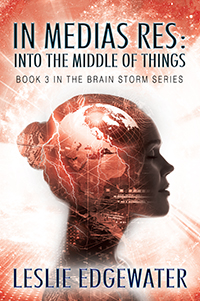 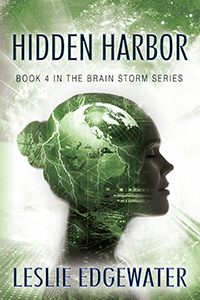