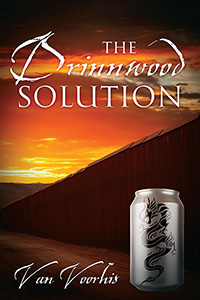 James Drinnwood is a businessman of rather vague origins. As a consultant he solves prickly problems for wealthy individuals, corporations and some governments. Once he has accepted a challenge, he will use almost any method available to achieve success.

Megan Thompson is a beautiful, award-winning photographer and temporary mistress of the most powerful man in the world.

Gordon King is the billionaire President of the United States who currently has a dismal approval rating and slim chances of being reelected.

These three are brought together by a chance encounter between Drinnwood and Thompson on a flight to Puerto Rico. If the three had known what their mutual acquaintance would unleash in the U.S., surely they would have run in opposite directions.

Drinnwood meets the president and is contracted to solve the president’s public opinion problem and thereby help him win a second term. Drinnwood develops a very elaborate and extremely expensive plan to sway the American people. With the president’s approval, he puts a team in motion that will enact a small-time terrorist attack on major U.S. cities. Very few will die--just a lot of sick people and a flash of fear shooting across the nation. Citizens should then flock to Gordon King’s hard line conservative stance on immigration and border security.

But something goes terribly wrong. Drinnwood has been deceived, and the situation spirals into the most catastrophic terrorist strike in history. Suddenly Drinnwood realizes he himself is in mortal danger. He believes the president may be involved and arranges an intricate face to face engagement. This is a plot that is all about who can most skillfully brandish pure raw power—one that is far too close to reality. 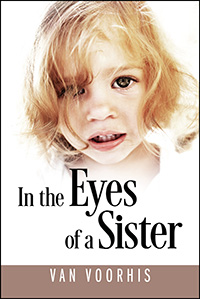