You Could Marry Mama

I was looking for a great job and the perfect wife. 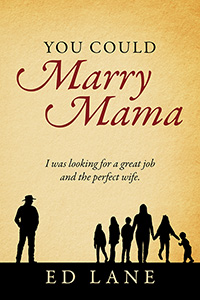 You Could Marry Mama

I was looking for a great job and the perfect wife.

The inspiring story of how one adventuresome cowboy found love and a ready-made family.

A late evening during the South American summer of 1975, Ed drove his small station wagon deep into the Amazon jungle trying to find a friend’s home. He was accompanied by a local guide and a retired missionary who had worked in the region for many years. The jungle was thick, the road treacherous, darkness had settled in, and the guide had just a general notion of where to go. They avoided getting stuck in a sandbar, found an unmarked bridge to go across a swamp, drove through pastures and fields.

A series of events including tragedy, near death experiences, and much travel, came together to form a story of death, resilience, courage, love, and hope. Even as an eight-year-old, Ed, his parents, three younger siblings, and an uncle, narrowly escaped death when their car fell in a river in the middle of a dark night and was swept up into the ocean.

A great-grandson of pioneering American missionaries, Ed reaches back to details of his idyllic life growing up in a well-to-do family in southern Brazil. His father and uncle, both famous medical doctors in their fields, envisioned a medical clinic along the ideals of the American Mayo Clinic. The clinic, a point of medical reference in Ed’s hometown, thrives to this day. Ed’s parents’ values growing up have much to do with his story and how he responded to various events throughout the years.

Ed first met the woman, who would many years later become his wife, in most unusual circumstances. He met her on a four seat Cessna flight from deep in the Amazon to São Paulo, Brazil. From urban environments in Southern Brazil to the Amazon, from a Texas cattle ranch to North Carolina, then back to Brazil again, Ed’s story becomes his family’s story. A ready-made family was another chapter of the adventure. 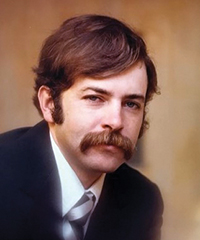 Ed Lane is a businessman and writer residing in Atlanta, GA with his wife. Their seven children are all happily married and have large families. Growing up in Brazil, both he and his wife developed an appreciation for cross-cultural values and diversity. His wife, born in North Carolina, grew up in north eastern Brazil, and later lived in the Amazon region. Ed was born in Atlanta, GA and grew up in southern Brazil. He had the good fortune to travel extensively throughout Brazil before he moved to the U.S. They have owned several businesses together. Perhaps the common thread of their stories is a commitment to certain values that direct and enrich their relationships.