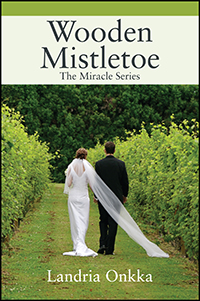 From the Author of Award-Winning, Best Seller and Movie, “The Rooftop Christmas Tree”

After the sudden loss of her parents and faithful dog, romance novelist Alexis Bradford retreats to an isolated life behind her computer in her pajamas. That is, until an intervention by friends along with a chance meeting with local winery owner Colton Winters changes everything. Her Grandmother, suffering from dementia, claims that archangel Michael visits her often. “Go with your heart,” is his advice to a cautious Alexis. Her Grandmother reminds her that life may not always deliver what you want it to. Still, it is best to live it fully and without regrets. Was Colton a chance meeting or was it fate? Either way, Alexis is ready to love and trust again. That is, until his ex-fiance’ Chantelle returns from France to stir up trouble. Alexis’s faith is tested when she finds a letter that reveals hidden feelings and a devastating announcement that is to be made at the upcoming Barn Dance. Heartbroken, she resolves to attend the event only to discover that the truth is even more shocking than expected. Will she experience more loss, or is there a miracle in store for Alexis?

Landria Onkka is the award winning author of best seller and television movie, “The Rooftop Christmas Tree” and Grand Prize sequel, “A Bell for Christmas.” Landria spent over 20 years as an investment banker before she traded in Wall Street to go after her dream of being a professional writer. As an investment banker, she worked with business owners, producers, celebrities and pro-athletes on hundreds of projects. She has several writing scholarships, awards, and has traveled extensively. She lived and worked on Capitol Hill, Germany and Sweden for several years, and is now based in Atlanta, Georgia. Landria is an Internet Entrepreneur, continues to write novels for television, and is producing television series. She also inspires others to go after their dreams with her YouTube channel and mentoring programs. You can find her at http://landriaonkka.com, http://landriaonkka.net, and https://www.youtube.com/c/landriaonkka or on Facebook at Landria Onkka Books and Movies. 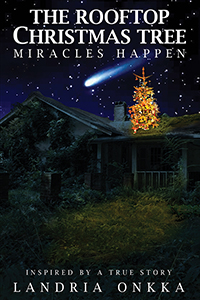 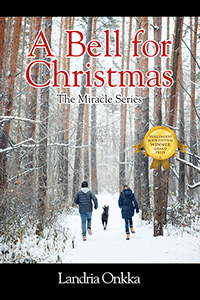