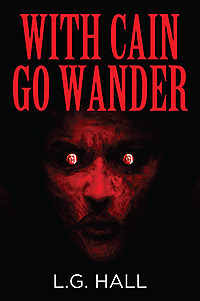 A Conjure Man’s Tale of Twilight

North Carolina. 1891. Inside a hermitage carved into a rocky bluff overlooking the Cape Fear River, a conjure man spellbinds a small boy beside his fireside with a tale of exorcism that transports us through time - from the Carolina foothills to Solomon’s Temple during the fall of Jerusalem in 586 BC and beyond. Beneath the Holy of Holies, a Babylonian soldier destroys vessels he believes contain treasure, not knowing they contain demons the great Solomon was once tasked to seal. For releasing such ancient evil back upon the world, the soldier is cursed by God. His punishment? Condemnation to guard the gates of sin and death in Sheol—for six centuries. There, he debates the Devil himself, but Satan cannot touch him for God has marked this man as He once marked Cain. A divine plan is created for this man, a road that may lead to redemption, once sentence is served. His redemption? Seal again all the evil he has loosened, but how? The archangel Michael provides him instruction. Powers are given, among them the secrets of light and loadstone, though they are limited lest they inevitably corrupt him if left unfettered by God. A conjure man, still cursed, but now also blessed is born. His quest across time begins. Ahead demons await and his journey takes him from Golgotha to gladiatorial arenas, from Judea to Rome. He forges relationships with centurions, warrior monks and Apostles and witnesses a great contest of miracles that tests his very faith.

L. G. Hall was born and raised on a farm in the piedmont region of North Carolina where he still resides with his family. The art of fireside storytelling was passed down to him by elders from the backwoods of this rural environment and was often touched with a degree of conjure and foothills magic. Such tales led to his great admiration of Rod Serling of The Twilight Zone fame. He is a graduate of the University of North Carolina-Chapel Hill and a retired martial artist. It is his belief that folks will always appreciate a story well told, a passion ignited by his elders at the fireside and one that has never left him.