When We Were Young Together

The Lost Senior Essays of 1961 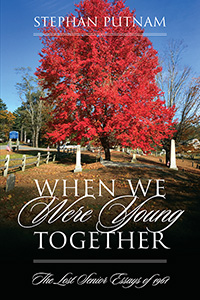 When We Were Young Together

The Lost Senior Essays of 1961

When We Were Young Together: The Lost Senior Essays of the Class of 1961 is an audacious concept, perfectly realized in this powerfully stirring and evocative novel which creates reverberations beyond the page. Readers will be flooded by their own memories of high school, as well as their fears and dreams for the future ahead. I read this book in one sitting. It is honest, insightful, deeply real and moving, and the pictures are perfect! - Lee Smith, author of the New York Times Bestseller Dimestore: A Writer’s Life

When We Were Young Together: The Lost Senior Essays of the Class of 1961 is a remarkable book in the way it speaks of gentler times, providing the reader with easy access to what for many is a time long gone but still alive in our memories, our high school days and nights, the feelings we had, and the people we knew. All of this, and so much more is at the heart of this remarkable book. Filled with insights, and deeply moving, I found it impossible to put down until I had read through to the final page. - Richard Jacoby, author of Conversations with the Capeman

JAY FORRESTER Jay, Mr. Prez Class President 2, 3, 4 ... Harvard Book Award 4 Presidential Scholar 3 ... Student Honor Court 2, 3, 4 ... Debate Club 2, 3, 4 I’m going to put it right out there, because it says a lot about me: I am the President of the Rupert Prescott Jackson High School Class of 1961 I was president our junior year, and our sophomore year, too. There was a kid named Deane who had been elected class president every year from third grade on. I guess he must have gotten tired of having to meet with the teachers every week. As president, I get to sit on the student honor court because poor old Deane didn’t campaign very well against a real opponent and lost the election to me when I ran against him in 1958. Being class president can be pretty cool; everybody wants to be your friend, you get to date the best-looking girls, and the teachers assume that you must be smart if you head up the senior class. I won’t try to kid you. It also looks terrific on your college application. So here at RP&J, my time is often taken up with presidential duties. I’m lucky to have class officers like Ronnie and Gretchen, who are great kids and help me by doing their jobs well. Best of all, I like the sense of my responsibility to make things happen, when kids and even adults come to me to find out what I have decided, from the magazine drive to the senior prom and everywhere in between. That’s the politics part -- I love that the most. People trust you to do your best and that helps me do it, just like my idol, President John F. Kennedy. When I am in college I plan to get down to Washington to tell him how much he’s meant to my constituents and me. I know he’s found, as I have, that even when you know what you’re doing, president is no piece of cake. A few months ago I thought about earning some money for college. Maggie Coons arranged a tryout for me with her father at the House of Pizza. The work was pretty easy, except on the weekends, when it was a complete frenzy. People were shouting orders, I couldn’t keep up, and the ovens felt so hot they were cooking me. Mr. Coons paid me pretty well, but after a few days I began to feel that something wasn’t right. Then I figured it out. I was compromising my dignity as an elected leader by slathering tomato sauce on pizza dough. Instead, I should be doing--and people should see me doing--more important work, like writing a Constitution for our school or something. So I quit. I made up some story about needing to study more, but Mr. Coons was right on it. He said if I wanted to make a difference in the world, sooner or later I would have to work next to hot ovens, but they would be made out of people instead of brick. He asked me if I knew what he meant. I told the truth and said I did. “Do you want your job back so you can start working again with all that heat?” he asked. By then, though, my pride was hurt and all I wanted was to get out of there. I found a dry little voice and said, “I am still quitting.” Mr. Coons scowled and said I was throwing away a lesson I would have to learn later on in my life. I found my coat and headed for the door. “I wish my Maggie had half your chances,” Mr. Coons said, “She’d be President of the United States.” “No,” I said. “She can’t do that. I’m the politician. I’m the one who’ll be the president. Not her.” Mr. Coons slid a pizza to the back of an oven. “That, my boy, is what a lot people said about President Kennedy’s being Catholic. Isn’t that right? That he would take his orders from the Pope? Don’t believe that’s happened, do you?” I couldn’t think of a thing to say, my throat dusty dry just when I needed to end this conversation and come out on top of this bully in his tomato-stained apron. “When the time is right, I’ll unleash a campaign that will annihilate any opponent,” I said. I knew how lame that sounded, but it was the best I could do. As the door whooshed shut behind me, I heard Mr. Coons say, “If that boy ever makes that happen, God help us all.” 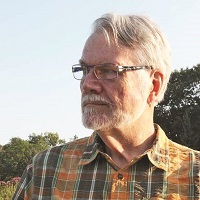