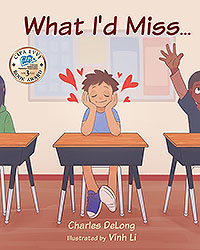 Oh, no! Taylor's sick in bed with a cold or the flu! He can't possibly go to school today! Or is he just fibbing and trying to play hooky? Maybe he wants to stay home with his video games, his computer, his phone, and his drone. Naughty Taylor! Let's see how that all works out for him. The best laid plans of mice and men…

I'm not really sick.
I'm just being slick.
It gives me a kick
To pull such a trick.

Playing hooky's a blast!
I wish it could last!
Skipped school today!
Hip-hip-hooray!
No work to do!
Fun and games!  Yay!  Yahoo! 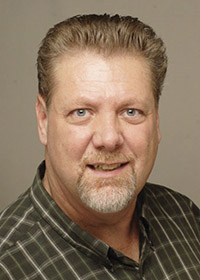 Charles DeLong, having been an educator for over twenty years, is currently a Special Education English teacher in Fairfax County, Virginia, where he has taught both elementary and high school. Originally from Delaware, Charles holds a Bachelor of Arts degree in English Education and Psychology and a Master's degree in Education. What I'd Miss... is Charles's first children's picture book. But he already has its sequel - Science Fair To Middling, a Taylor and Jack Great Misadventure - written. Additionally, Charles loves to dabble in comedy playwriting and has had his stage works produced in New York City, Philadelphia, and Washington, DC.