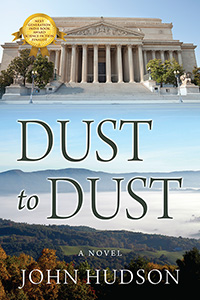 The year is 1826 and Thomas Jefferson has just died. His beloved Monticello bustles with activity as funeral plans are swiftly organized for his burial in the family cemetery.

Fast forward to 2026. A group of researchers specializing in human regeneration technology have finally found success after years of work and an obscene amount of investment. Discussion turns to the final step in the researchers’ plan - to bring back a human being. After careful elimination, the candidates are whittled down to one name: Thomas Jefferson.

So begins this award-winning debut novel - a book that examines human ambition gone wrong and chronicles the miraculous “rebirth” of the nation’s third president, his struggles to assimilate, and the world’s collective amazement at the news. The American government swiftly becomes involved in an attempt to control the priceless breakthrough. But with a lethal flaw in the researchers’ technology, the world’s unbridled excitement quickly erodes, leading to a destructive conclusion for all involved. Fortunes evaporate, beliefs are challenged, careers are ruined, and lives are lost in Dust to Dust. 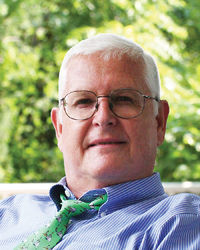 About the Author: John Hudson is the author of three non-fiction books commemorating his employer, his hometown and an uncle who died in World War II. Dust to Dust is his first work of fiction. Dust to Dust won first place honors at the 2015 EVVY Awards in Colorado and was recognized as the second best Book of the Year by Outskirts Press in 2014, besting all but one of the 1,500+ entries. In 2017, Dust To Dust was named as one of 6 finalists in the science fiction category at the Next Generation Indie Book Awards. Mr. Hudson is a career banker with over 37 years of financial institution executive marketing experience, earning a BME from Longwood University and a MBA from Shenandoah University. He performs with his Dixieland band DIXIE RHYTHM and is house soloist with the CLARKE COUNTY COMMUNITY BAND and YESTERDAY SWING ORCHESTRA. John is married with two sons, a daughter-in-law, granddaughter and grandson and lives in his native Virginia.