Memories of a Flight Engineer 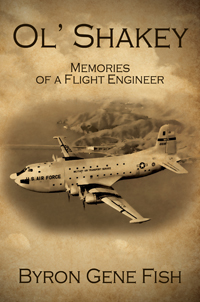 Memories of a Flight Engineer

Hair-Raising and Hilarious True Stories of Adventures in Aviation

After a lifetime of flying, with experience ranging from novice airman to Director of Training and Standards for a top name in the field, there’s almost nothing Gene Fish hasn’t seen. Ol’ Shakey: Memories of a Flight Engineer shares some of the most memorable stories of Gene’s Air Force and civilian career, including his stint in a Douglas Globemaster C-124, nicknamed “Ol’ Shakey” – an aircraft that had a habit of keeping flight engineers on their toes with its quirky malfunctions. From a colorful layover at Midway Island to kite-flying at Pope Air Force Base, from a terrifying episode of propeller overspeed to the dangers that pilots face every day, Gene’s stories will entertain military personnel, aviators, and anyone who is enthusiastic about the romance of flight … and the reality behind it! 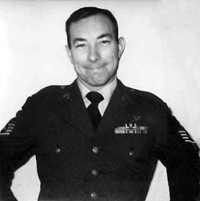 About the Author Byron Gene Fish entered the aviation field at the age of 16. He was initially trained in a Boeing PT-17 trainer, and later received his private pilot certificate in an Ercoupe 415D. He entered the Air Force to attend AF pilot training, and earned his wings and a commission as a pilot. His career was cut short with the 1962 personnel reduction in the Air Force, and he returned to the enlisted ranks to become a performance flight engineer. After retiring from the Air Force, he accepted employment with Saudi Arabian Airlines as a ground performance instructor. He then returned to the United States to work for Boeing. Following retirement from Boeing, he joined Flight Safety International in Seattle as a ground and flight simulator instructor. When FSI and Boeing merged, he remained with FSI as Director of Training and Standards. He retired in 2010 after a back injury. Gene recognized the value of education, and enrolled in college wherever he was located. He eventually completed degrees in psychology (BS, MS, and PhD) and aeronautical engineering (BS, MS, PhD). He and his wife, Rosaly, live in Normandy Park, Washington.