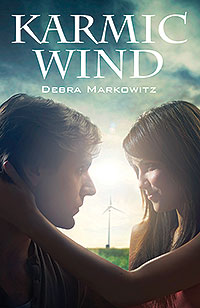 How many lifetimes would you come back for the one you loved and lost?

Angela Dawson has it all—beauty, brains, brilliance, and a bold determination to change the world for the better. When John Connell accepts an associate position in Angela’s office, he sets out to melt her icy facade. The walls Angela put up to keep people out also keep dark secrets in. While battling her intense attraction to John, the feeling that they’ve known each other before haunts her. Despite her desperate fears, Angela begins to reveal herself to John. When the unthinkable happens, John and Angela’s flourishing connection is threatened, and their love is put to the final test. As the past and present collide, Angela and John have one last chance to get it right. “Karmic Wind grabs you and doesn’t let go! It’s a fine tale of blossoming love, but also a story that isn’t afraid to hit the reader in the gut. The second half was great human drama, a story of desperation anyone can relate to; and the best part is you don’t see it coming! Karmic Wind gets inside your head and your heart and it stays there; that’s all you can ask for from a great story.” – Adam Johnson “I thoroughly enjoyed the characters. It was easy to relate to them in so many different ways. Once again, Debra Markowitz doesn’t disappoint in capturing just the right amount of emotion, passion, heartache, love and devotion with Karmic Wind! I didn’t want the book to end.” – Judy Aguirre-Picone “Karmic Wind was wonderful and moving in ways I did not anticipate. The story line has twists and turns that are really fun and kept my attention. It was a great weaving of the threads of the three stories. What an excellent execution of a wrap up without hitting the reader over the head. The writers of LOST could learn something here!” – Joan Klemm 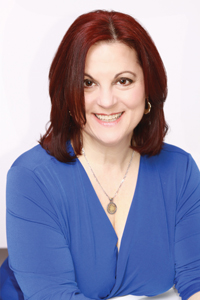 Film Commissioner, Long Island International Film Expo Director, Casting Director, and Film Producer Debra Markowitz concludes her Karmic Wind Trilogy with the third book in the series, Karmic Wind. Following Naked in the Rain and Sarah and Caleb, Karmic Wind proves to be every bit as sexy, exciting and heartbreaking as its predecessors. As two spirits dance through time trying to find a way to stay together, will they finally be strong enough to give up everything for their love? 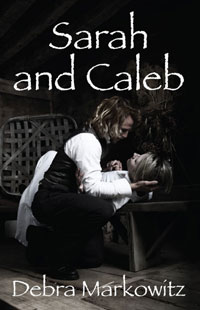