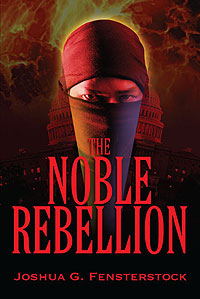 Freshman Congressman Max Noble gave up his career as a magazine publisher to pursue a life of public service. A botched assassination attempt may have changed his mind. Excused from the arrogant President Cole’s State of the Union address to a joint session of Congress, Max’s life is spared the murderous rage of a terrorist who declares himself the new “Sultan.” Armed with the United States’ military facilities, Sultan begins to govern the former democracy in a Taliban-like manner. Despite having no legitimate claim to the presidency under the Constitution, Max is determined to do what he must to restore freedom to the nation. 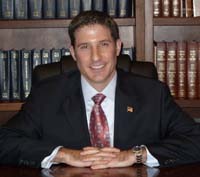 Joshua G. Fensterstock lives and practices law in New York City. Born in New York City, Joshua received his J.D. from Hofstra University School of Law in 2003. While in law school, Joshua interned for a United States District Judge for the Eastern District of New York. Joshua was admitted to practice law in the State of New York in 2004. Before beginning his formal legal education, Joshua received his B.S. magna cum laude from the State University of New York at Albany in 1999, where he majored in business administration. In addition to the experience of practicing law, Joshua has seen first-hand the inner workings of government. Prior to his work in the private sector, Joshua served as counsel to the Nassau County (NY) Comptroller. Also, Joshua worked on and managed political campaigns, as well as handled constituent affairs, for a local elected official. For more information or to contact the author, please email thenoblerebellion@gmail.com or visit www.outskirtspress.com/TheNobleRebellion.