What You're Not Allowed To Know About The Real Right Wing 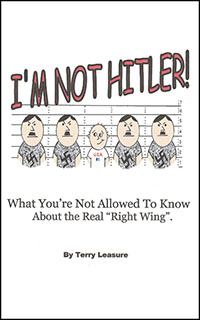 What You're Not Allowed To Know About The Real Right Wing

They Don't Want You To Read This Book!

At last! A book about politics and culture written for the "average Joe". If what you read in the papers and see on the nightly news just doesn't make sense to you, then this book is for you. Do not read this book unless you want a clearer perspective on some very foggy issues. And whatever you do, do not read this book if you are a liberal with thin skin!

For the better part of this book, I have been trying to give you some idea of how liberalism effects the security, economy, and even the general landscape of our nation. As I look at how the world around me is changing, I suddenly feel an urge to include a chapter about the attitude of our nation as well. It seems that America is in dire need of what Hank Williams Jr. referred to as “an attitude adjustment”. Basically, there seems to be a growing divide in this nation today. The press would like you to believe that this divide is more political than anything else, making it a matter of just “red” vs. “blue”. But from where I sit, the divide goes much deeper. I think that what we have here is a full scale “culture war”. I don’t know exactly when this war started, or who fired the first shot, and I definitely don’t know who’s going to win. None the less, I seem to have inadvertently become a foot soldier in this war, and this book is my first salvo. 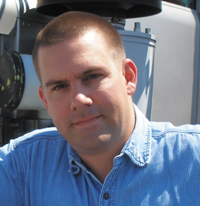 Terry Leasure is the author for the “blue collar” American who wants a better understanding of world affairs and cultural issues. His book “I’m Not Hitler” deconstructs liberalism and political correctness in such a way that will appeal to all ages. Leasure’s writing style is not that of heady literature, rather home-spun, working man, logic and humor. He forces you to take a second look at some of your most core beliefs, but in such a way that will make you chuckle.