Wasp on the Wane

Book III of the Wasp Chronicles 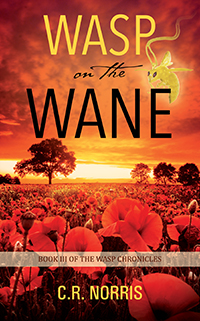 Wasp on the Wane

Book III of the Wasp Chronicles

The West Sand Command has suffered a devastating defeat. One that has dropped Chris (Det Arju’) into the clutches of the Brigade. She is important because she carries with her a mysterious ancient pendant that is rumored to be powerful enough to defeat the Brigade. That, however, is not the worst of it, for while Chris struggled to free herself, the pendant became lost. But perhaps there is still hope..! Chris’s one-time best friend, Bruce, now a Brigader lieutenant in his own right, has watched all from the fringe. But will he be able to help? Or will this be the death of the Tader’s mission to take back power from the Brigaders in this post-apocalyptic future world?

C. R. Norris is the author of the ongoing Wasp Chronicles series. Her second book of the series, Wasp on the Wind, won first place in the 2018 24th CIPA EVVY award for science fiction, and was also nominated for book of the year. Before she started writing science fiction fantasy, Cynthia earned BS degrees in both medical technology and electrical engineering from Texas Christian University (go Horned Frogs!) and the University of Texas at Arlington. This one-time trauma blood banker and computer chip designer now writes full time in Corpus Christi where she lives with her two rescue cats, Zepi and Jasper, and a variety of saxophones that get regular play. 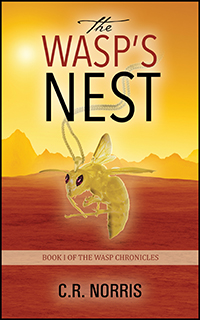 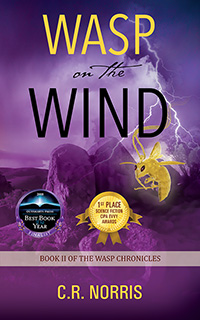