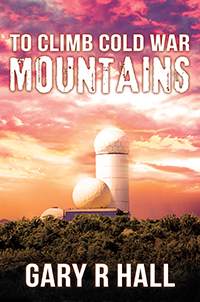 The enthralling story of childhood friends who survived the Cold War in Germany and contributed to the rebuilding of their country.

In the summer of 1961, SSG Willie Kyles leads Sgt Peter Ackerman and his wife Trudi on a mission to rescue a STASI-exposed spy, Gerdt Mintert, and his “niblings” from East Germany. The team meets with the escapees in West Berlin, where Gerdt has been hiding in NATO-controlled Teufelsberg. They escape to East Germany, but the mission is nearly scuttled when they are almost trapped by the construction of the infamous Berlin Wall. The group manages to enter East Berlin and cross East Germany and much of Czechoslovakia—only to find their primary escape tunnel compromised. STASI Agent Stellman has been tasked with finding the escapees, but when he finally does, he faces a tough choice: join them or face punishment from his own security force.

To Climb Cold War Mountains is the third in a fictional series, when the Potsdam Agreement mandated the “organized and humane” expulsion of ethnic Germans from the Sudetenland section of Czechoslovakia and other Eastern European countries. It also explores the deep-rooted remorse and shame that Trudi feels about the reality of Nazi war crimes and the disintegration of a cohesive Europe. As she struggles to climb her imaginary mountain, her husband Peter struggles for his life on a real mountain in this riveting novel of strife, kinship, and courage.

Gary R Hall was a career Army NCO with over 12 years of Cold War duty in West Germany and one year in Vietnam. He received four Army Commendation Medals and a Bronze Star for meritorious performance of duty in Vietnam. He was an instructor and course chief of the Communications Officer/Communications NCO courses at the United States Army School, Europe. Upon retirement, Gary earned a Bachelor of Science degree in Forest Resources at the University of Washington. Gary now lives in Everett, Washington. He is also the author of The 5K Zone: Cold War Border Intrigue and Sacrifice and Salvation: Mission GDR. 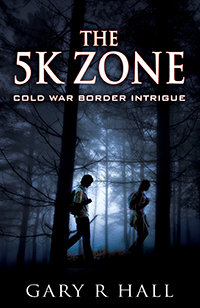 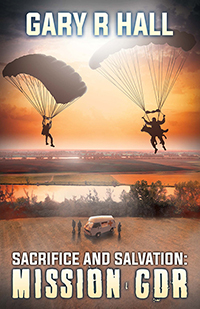