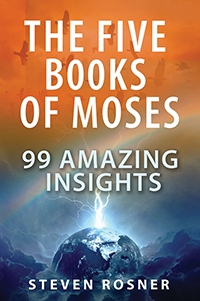 "The Five Books of Moses: 99 Amazing Insights" (2021) provide insight, wisdom or contain mysteries which heve a solution—in sum, that will provide readers with an understanding of what God desires. For we are certain that by adhering to no more than a half-a-dozen principles, one will gain God’s favor and His blessings.

This book, therefore, is written for the average individual—for you—of any religion, who would like to gain a better understanding of God, extract the multiple gems buried deep inside Scripture, and especially, how to live your lives to gain His manifold blessings.

We believe this will be a journey you will enjoy; one giving you insight and wisdom, and clear up some mysteries about certain passages in the Five Books of Moses that are obscure, while allowing you to gain a new understanding of God in these extremely trying times.

Steve Rosner is a self-professed “Steve of All Trades.” Born and raised in New York City, he holds an B.S. from Brooklyn College and an M.A. in psychology from Hofstra University, but his early career was business and computer related. He was a former vice-president at Salomon Brothers during the mid-1980’s. In the late 1990s, Steve was an independent consultant, specializing in Y2K related issues. Moving to Iowa in 2000 he wrote several large scale works in the mental health field. His Guide To Mental Health & Developmental Disabilities In Iowa was the first ever Educational Manual for those with advisory or decision making authority in that arena. Steve has written articles about computers, Wall Street, and financial management and has two published short stories to his credit. He also produced, directed and starred in Grandmother Tales, four comic one-act plays of life in the depression, written by his father Nathan. In 2015, A Guide to the Psalms of David was released, featuring the first index categorizing each of the 150 psalms, and a heartfelt English translation. He says the best compliment he ever received was when a clinical psychologist told him, “Your rendition brought tears to my eyes. For the first time, I could feel David’s heart breaking.” In 2016, God is Good was published, and God and Man: Love on the Rocks was released in April, 2018. In 2020, Sherlock Holmes vs. Dr. Watson was published, which consists of two short stories, a novella, and a novel. Steve lives in Brooklyn, with his talented wife Audrey, returning to NY from North Carolina in 2007 to take care of his dad and mom so that they could remain in their Manhattan apartment. Both have passed away, (mom at 97, dad at 106) but not until after they celebrated their 77th wedding anniversary! According to his wife, “Steve is a kind and caring person. He is a loving husband, father, and grandfather. He has a strong sense of honesty. He will not tell you what you want to hear, but will tell you what is in his heart. His soul abhors deceit, so he often gets depressed observing the lack of integrity in our culture.” Steven has written in over a twenty genres including short stories, novels, poetry, plays, essays, business articles, user guides, legal briefs, song lyrics, exposés, pastiches. business plans, and song lyrics. Steven writes to challenge and inspire. he states,"Whatever your faith, culture or ethnicity, try to become a little more compassionate, look for opportunities to be kind, have integrity—don’t use the excuse “everyone does it”—and consider that God knows everything you do and everything you think. Know all you do will come back to you. When you go out of your way for another, God will go out of his way for you!" 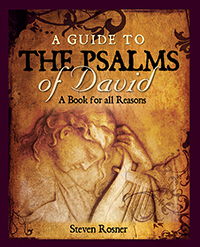 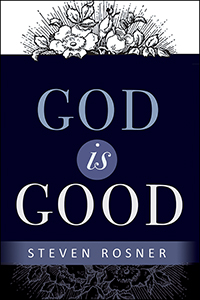 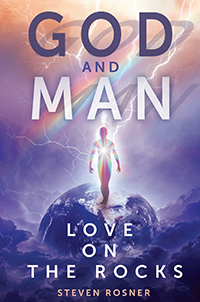