Refugee on a Pendulum 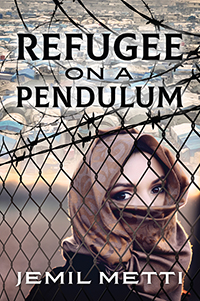 Refugee on a Pendulum

This story captures the lives of two drastically different individuals who meet under the bloodiest circumstances during the 2014 Syrian Civil War. Doctors Without Borders Iraqi-American Surgeon Sabah Faraj Putrus and Syrian refugee Hamdia Qubbani meet outside her damaged Al- Lathekia city, where temporary DWB tent hospitals had been installed. A strange twist in support among local key players takes its toll on Dr. Putrus while attending to his needy patients among the dying and wounded. Refugee on a Pendulum events then shift to what happens to Hamdia and Dr. Putrus when he tries to use his American Embassy influences in Aman, Jordan to bump Hamdia’s “Refugee” status to “Immigrant”. Finally, the story illustrates how her destiny is tied up with conflicting powerful interests, she is forced to wonder if she will ever make it to safety, or like thousands of innocent Syrians before her, perish as a forgotten civil war casualty.

Refugee on a Pendulum is Jemil Metti’s third among three novels he started to pen in 2013. Diversity defined his upbringing as a person, and shaped his unique views of the world. Metti’s social and academic growth in Lebanon, Iraq and the U.S. played a pivotal role in structuring his diverse and complex characters interwoven in his stories and choreographed by settings in the epic centers of contemporary Middle Eastern conflicts. His work encourages the global thread of universal humanitarianism which he believes can pull nations together instead of the deceptive appeals of cultural isolationalism. Metti received a Jesuit education at Baghdad College High School. His B.A., M.A., and Ed.D. degrees were completed at Northern Illinois University, S.U.N.Y - Binghamton, and Detroit’s Wayne State University respectively. He originally explored career options in diplomacy, print and electronic journalism, real estate sales, middle school through high school ESL instruction, and college political science teaching, and eventually writing. 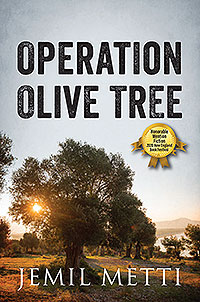