The Trial of Blood 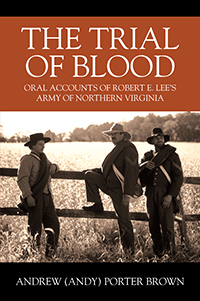 The Trial of Blood

“Out of God’s Favor”

In 55 years of teaching in both high school and college, I’ve always wondered why American history is presented the way it is. History texts try to cover the big picture and students never get an understanding of our wars – how they are the eyes and memory of the veterans who fought the battles in the big campaigns described by their textbook. I went to a writing seminar conducted by the celebrated Civil War historian Shelby Foote and he was gracious as Southern gentlemen are who smoke pipes and drink coffee with total strangers who also are represented by a pipe and a gray beard. In a single sentence he gave me my direction, “Don’t write a whole new history of the campaigns. In this day, concentrate on the personal memory of the men who fought the battles face to face.” That statement became what guided me. I started what has become a cyber odyssey of historical archives for photos, letters, and personal reflections. Many friendly fingers of Civil War buffs pointed to dusty courthouses where letters were kept, and gradually I built up the details found in this book. I wrote it because of late we have demonized the Confederate cause because of slavery. There is no argument that the Civil War was over slavery. Slavery was part of the American-cloth since we declared our independence. The heart of the South was Agriculture. The heart of the North was mills, railroads and mechanization. One brother used slaves who were Black to work the fields; the other brother used children in the breaker chute and bobbin mill. Neither could be called a righteous undertaking. So when the expansion of slavery came to a head with appeals for new territories to join the Union and Lincoln’s election to President the War was on. If we don’t come to an understanding we are all brothers and sisters in this union, then all of our toil at reconciliation will have been for nothing, and the ideal of being one free nation under God will become only dust under our bare feet as me march to destroy what generations have fought to defend. 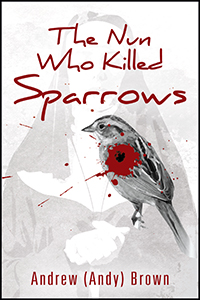