Encounters with Daughters of Mermaids 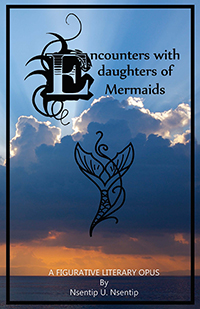 Encounters with Daughters of Mermaids

The populous people of Bokoko form the most dominant maritime coastal dwellers of Docoland. There, in the abyssal most depths of the boundless, whispering ocean around them, some strongly believe, dwelleth the entire hierarchical firmament of their gods, goddesses, deities, nymphs, and other immortals. Some say according to the idyllic allegory of the people along this massive belt, that during the tempestuous upwelling and swelling high tides, some of these immortal beings, at times emerged in human form from their endless ocean. They got associated with the locals and married mostly the adorable daughters and sons of Bokoko thus producing land nymphs, generally but locally referred to as, “Iban-ndem”. They are known to be avid travelers who all possess sugar coated tongues. In their vagrant existence, they inter-related with humans of foreign and far afield pangaea. In that mix, most got married and spread everywhere around the globe as infectiously charming, and captivating wandering stars. By happenstance, some of the luscious peripatetic nymphs, easily recognized Yakmbado, the popular youthful vivacious royal, who also hailed from that ancient city of Bokoko. Four such nymphs readily and independently got attached to him, and each had a real unique time, live encounter with Yakmbado.

Eventually, the williwaw and other tempestuous onslaughts had come and quietened. Yakmbado remained calm, stoically undaunted and was the one to gain all, by losing them all, and wishing them all Adios and Farewell!

Nsentip Ukpong Nsentip (Ph.D) American natural scientist, educator, and civil servant. Nsentip contributed immensely through work, scientific publications and lectures in highlighting the marine exploitable fishery resources for development and enhancement of production to boost the national economy of Nigeria. He was involved in teaching and explaining the basic scientific concepts for kids through a Nigerian National Science scope Television Program; taught schools and colleges . He appreciates all types of music, especially music of other cultures the world over. He has deep interest in folklore, and other literary opus. 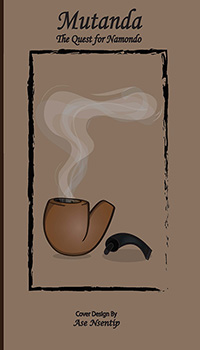