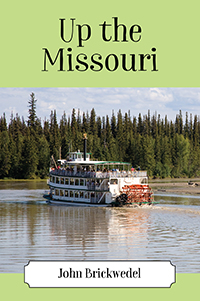 Up the Missouri tells the story of the first steamboats to travel west on rivers leading to the Missouri and then up that river as far as was navigable in order to open new areas to fur trading. The fertile imagination of the author affords the opportunity to travel along as a British business man buys his steamboats, fills them with a fascinating group of trappers, freed slaves, hunters, ship’s Captains and Pilots, rescued Indian children and the first white wives and children to travel among marauding Indians and mountain men who were intent on capturing and reselling them. The construction and populating of the most westerly fort and fur trading post on the Missouri is a well told story of the northwestern frontier complete with buffalo hunts and warfare with tribes on land and on the rivers.

John Brickwedel is an ex-Marine, a retired builder, craftsman, and artist who is also a gifted story teller. He has two children, two step-children and thirteen grandkids. He and his wife live in northern Idaho, surrounded by family. 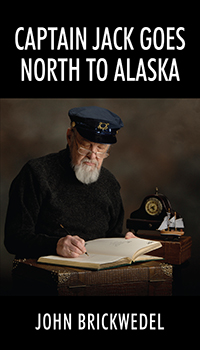