Children, Computers, Career in the Eighties 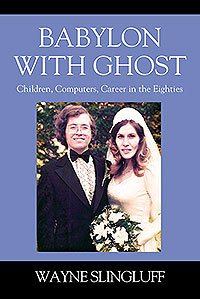 Children, Computers, Career in the Eighties

Boston, 1978. Wayne and Joan are poor but happy in a fifth floor walk-up on the backside of Beacon Hill. Daycare teaching doesn’t pay well, but all the immense riches of urban life are available as long as they pay rent. Wayne paints pictures, but fails to sell anything. Joan tries to find a public school position with no success. Suddenly, they turn thirty and everything looks different. They decide it is time to start a family. They will need better careers with more income, so Wayne explores the exploding field of computers. Family support will be welcome so they agree to move back to Joan’s native Long Island. Will the transition from carefree city joys to solid middle-class suburban succeed? A decade of disruptions and learning begins. Starting from nearly nothing to acquiring a house, two cars, a couple of boys, new jobs, and all the accompaniments of modern life presents breathless challenges. No longer poor, hardly rich, they encounter all the joys, problems and frustrations of raising children. Money often seems less important than time itself, as constant demands pile up. Computers are just beginning to become standard in small and mid-sized businesses. Wayne quickly discovers that there are many kinds of hardware and software, all incompatible, and all changing constantly. Nobody is quite sure what is best, what is right, what works, or (most important) whose fault the latest problem is. Joan resumes teaching as she futilely tries to guide her husband in proper middle-class etiquette. Starting on the bandwagon late, they always seem to have a little less than the relatives and folks next door. But they realize that these are some of the happiest times of their lives. Memoirs are often composed as aids to fading memory. Mine makes no pretensions beyond being a personal and family remembrance of turbulent times not long ago. My imaginary friend Ghost inserts lighter commentary. Much has changed over these last decades. But these stories provide a reminder that the past was always just as complicated to live through as the present.

Wayne Slingluff is a retired software engineer who lives with his wife of over forty years on Long Island. Although he no longer paints, he continues to observe the world “as an artist” and still struggles with the concept of becoming middle-class. 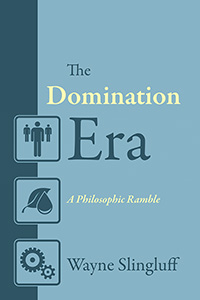 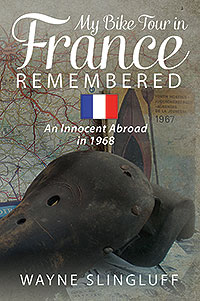