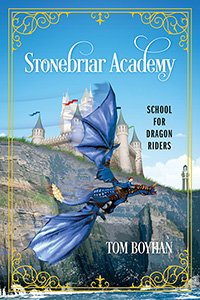 Jamie Leeds has been forced to flee the only home he has ever known...Earth.

Jamie and his mother have returned to his mother’s home, Aurellius—a world where dragons, dwarves, elves, and other so-called mythological creatures actually exist. It is a world created by the leader of the Dragons, Dragonith, and his mate, Gwenith. Even though life on Aurellius is not the ideal that Dragonith and Gwenith had envisioned, it is still far better than Earth, where the nine races have wreaked havoc and exploited Earth’s people. But now a movement, led by a group called The Sisterhood, would seize the powerful “Dragon’s Heart” in order to gain total control of Aurellius. Jamie is unwittingly being drawn into this struggle, with his very life at stake. In order to survive, he must learn many skills that he can only learn in Stonebriar Academy. However, competition to enter Stonebriar Academy is grueling, and only one hundred students will be granted admission. And gaining admission is Jamie’s only hope if he is to survive against the Sisterhood. Jamie desperately wants to be admitted to Stonebriar, not only to give himself a fighting chance against the Sisterhood but also so that he might learn something that a few short months ago he didn’t even know existed—how to fly with a Dragon.

Tom Boyhan was born in New Jersey but moved to India with his family when he was eleven. After college, he worked for several radio stations—his first love—and then as a bank auditor in Florida; he then turned to real estate development. After 25 years, he applied to the FCC for a license, built an FM radio station, and ran it for 11 years. Writing has always been a cherished hobby for Tom. When he signed up as a “mystery reader” at his grandchildren’s school, he was inspired to write his own books and include the students as characters. Stonebriar Academy is his debut novel. 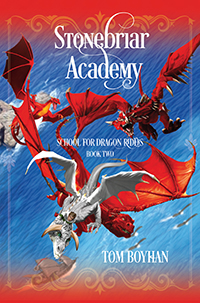