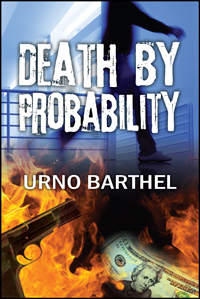 A prim and pristine research lab isn’t the type of place where murders are supposed to happen – but it may just be the place where the brutal crime is solved.

When Evan Olsson finds his mentor’s bloody body sprawled on the floor of a top-secret computer research lab, the sanctity of this cloistered, clandestine world is shattered. Who would, or could, do such a thing – and why? Evan enlists the help of a reluctant FBI partner and every computer science and nanotechnology tool in his arsenal to unravel the mystery. But Evan’s quest leads him to uncover a potentially catastrophic hacker plot that threatens the U.S. and Canadian electrical power network and the millions relying on it.

Death by Probability is a genre-bending tour de force that weaves in technology and fringe science, friendship and romance, computer intelligence and human frailty for a riveting read that builds to a fast-paced climax. Crafted by physicist-turned-author Urno Barthel, the book is a delight for those who enjoy technology and science fiction, as well as mystery buffs who revel in plausible stories and fully formed characters that pull them seamlessly into another, thrilling realm.

I could have taken Rambla but I didn't want to be trapped in Las Flores Canyon if the fire made a mighty jump. Despite the squad car brigade, the way I had come was a known quantity, on a direct path away from the fire. So I already had in mind a left on Schueren as I tooled along Piuma. But as I neared the turn I was almost run off the road by Zach's gigantic yellow box of metal racing up from Rambla, hogging the middle of the road and much of the sides. Uh-oh, I thought.

I accelerated on Schueren and turned onto Saddle Peak Road. The sky was brighter and redder than ever, not just behind me but also overhead. Not a good sign.

I heard a sharp noise and then another. Below the ruddy sky was something big and yellow, and it was coming behind me. The driver had his arm out the window, waving a chunk of metal in my direction, trying to line up for a shot even as he floored his accelerator.

I could only conclude that Zach pulled into his driveway, punched thru the gate, immediately heard the second alarm and figured that I had purloined his precious object. He either registered my turn onto Schueren Road, or guessed I would go that way.

I speeded up as fast as I dared but I couldn't risk spinning out. I tried to stay to the right as much as possible because there might be a fire truck rushing toward me around any corner.

But Zach had no such scruples. He was driving all over the road and seemed to be gaining on me. This stretch was so winding that he couldn't get a good shot, but I was trapped and couldn't let him catch up. My best hope was to get into Tuna Canyon, where I could hope to lose him on the narrow trails.

Somehow I reached the canyon intersection and instead of turning I barreled straight through, down a driveway, switching off onto a bike trail that I knew. Loose gravel was banging the skidplate on my bike, making it hard to keep control. Zach headed right after me, his all wheel drive chewing up dirt and rocks and spitting them out.

Urno Barthel is the pen name of Art Chester, a physicist turned technology manager turned writer. His characters are based on real scientists whose quiet lives are disrupted by terror and murder. Art invites you to his website, which offers commentary about science in our lives, and fiction about scientists:

After many years in Malibu, California, Art now spends his time in Michigan, New York state and Hawaii. 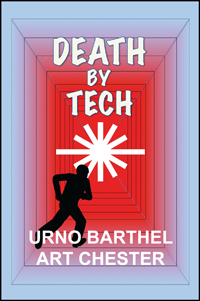 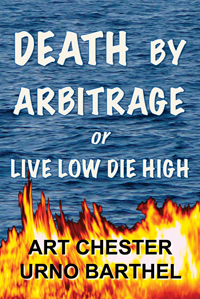