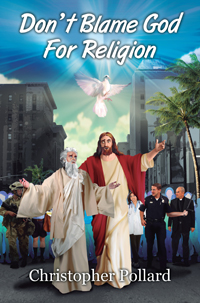 Laughter Is Good For The Soul

Remember when religion was fun? (Neither do I) This book dares to make religion fun again by taking you on a funny trip from Biblical times to the present tackling such controversial topics as God, Jesus, the Crusades, Spanish Inquisition, suicide bombers, the Bible, evolution, gay marriage, abortion, and life after death. Since religion isn’t so fun anymore, more people than ever are becoming atheists. The New Atheist movement has many people deluded about God, even though many still think God is great. This movement is waging war on Christianity and wants religion abolished in the modern world. They think that religion has brought far more harm than good to the world, and enslaves people to irrational thinking. Are they right? Refuting atheism and defending Christianity are no easy tasks. This book attempts to prove God’s existence by showing how God revealed Himself to the world. First, He revealed Himself to the Jews and got them out of more than a few jams. Then, He became a man named Jesus and walked the Earth in sandals. Next, the Catholic Church came along and said it had all the answers, until Protestants came along and said the same thing. Of course, much fighting ensued, but maybe the world was better for it. Understanding and obeying God are no easy tasks. Today, we are living in the post-Christian era. Entertainment is America’s new religion and promotes a secular agenda. Have you noticed that pop culture is nothing but a brainwash for accepting immorality? Probably not, since every movie you see and every song you hear seems to subtly treat sex and violence like they are life’s highest virtues. Entertainment wants to win over the youth, so they can forget God as early as possible. Is going to church nearly as fun as today’s entertainment? Now that you’re a follower of God, is He done with you? Absolutely not, He wants you to be with Him forever! He has plans to defeat the Devil once and for all, and rapture all Christians up to Heaven! Jesus is supposed to return to Earth and beat the Antichrist in the Battle of Armageddon. The End Times are approaching, so it’s best to know about God and His plans before it’s too late. So sit back, relax, and have a little fun with God and religion. It might just save your soul.

Christopher Pollard is an attorney and author. He’s been writing comedy since he was a kid in Catholic school. He’s proud to have Catholic, Jewish, and Protestant in his religious background. He is now a practicing Southern Baptist and is happy to share his faith with others. He was born, raised, educated, and currently resides in New Jersey. 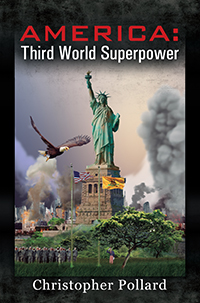