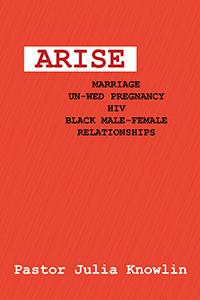 In the first two books of the Gospel of Jesus Christ (Matthew 28:18-20 and Mark 16:15) Jesus said, all Power is given to Him in Heaven and Earth; Go, and Teach/Preach to all Nations (world) to observe all things He has commanded us to do. In her book, ARISE is teaching/preaching to the nations and is inspired by God because of His love for mankind. This book will lead you to a greater relationship with Jesus Christ - love, peace, joy and much more. To study this book is one of the most important decisions to make for your life on this earth, and the new one to come. Because Jesus was arisen out of a grave just like He said He would, and ascended to Heaven on the right of God the Father Almighty. (Acts 1: 10-11; 13:30 and Romans 6:9,6) Are you prepared for His return for you? 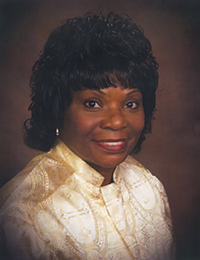 Julia Knowlin is a Bible Teacher/Preacher. She was born and raised in a small community in the town of Georgetown, SC. Her parents raised ten children. She was married in 1979 for seven years, then divorced. She has a son, Julian, and a daughter, Kristen, after her marriage ended. She worked in the field of nursing for more than thirty years beginning in 1973. In 1999, while in a coma Jesus appeared to her in Heaven and showed her what she was supposed to be doing - teaching and preaching The Word of God (Ministry), not nursing. She is also called to write books, and counsel Christians. ARISE is her first God-inspired book for the nations. She is currently writing her second book, The Three Main Reasons Why We Struggle To Be In Good Health. The Spirit of the Lord leads her as He did with her first book, ARISE. Her life is totally changed - She is telling her story and Jesus gets all the glory.