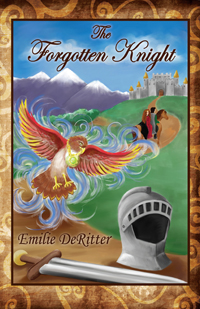 Can a curse lead a knight to his true destiny?

Sir Christopher of Calidore has had better days. He has no kingdom to defend, he is locked in a curse, and then he found himself swimming a moat and battling a wizard - all to rescue the most spoiled princess in Christendom. Now, he and his companion, a mysterious sorceress who was once advisor to his former liege, are escorting the opinionated princess home. Along the way, they are forced to battle evil and help those they find in need. With a little assistance from some strange friends during their journey, they struggle to find a way to change their destinies, break the curse that binds them together and reclaim their lives. 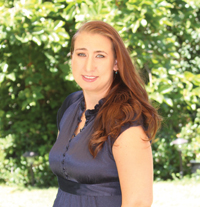 Emilie DeRitter is a native of southern California who has been telling stories to entertain others since childhood. A voracious reader, she followed her love of literature to an English degree from California Lutheran University. She draws inspiration from everything in the world around her, but her biggest sources of inspiration are the wonderful people in her life. Writing is truly her passion. The Forgotten Knight is her first novel.