The Infiltration and Destruction of American Democracy 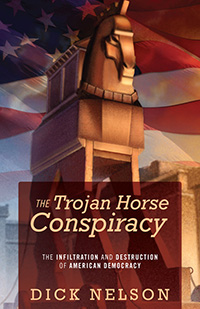 The Infiltration and Destruction of American Democracy

American Democracy Has Met Its Match. But Brad Tilsdale Won’t Let It Go Down without a Fight.

Brad Tilsdale, one of the FBI’s top counterintelligence agents, is on a mission: ferret out a Russian mole he knows is lurking within the Bureau’s ranks. Meanwhile, Russia’s KGB and China’s MSS have bigger plans. They’re joining forces to infiltrate higher levels of the U.S. government with programmed sleeper agents—and not even the White House is above their ambitions. And their plan has a name: The Trojan Horse Project. What follows is the gripping story of shadowy plots intersecting with the dogged persistence of a career lawman. As the various forces of the Trojan Horse Conspiracy spring into action, Tilsdale and his team nearly derail the world’s most infamous terrorist attack, despite the government’s blunders. International crises come to a head as North Korea and China sit on the edge of nuclear war with the United States. These seemingly disparate world events find a common thread, presenting a puzzle that Tilsdale must unravel if he’s to safeguard a nation’s security and freedom. His mission leads him into the domain of America’s political elite—and what he finds may push the nation into chaos. With a story woven around some familiar public figures, The Trojan Horse Conspiracy asks unsettling questions: Who is actually controlling our government, and how do we protect ourselves from evildoers? What nefarious forces are behind Washington’s power set? In reality, we will always owe our freedom not to our presidents, but to the brave men and women willing to sacrifice their lives for an ideal of democracy and freedom. A page-turning political thriller, Dick Nelson’s novel will leave you with a clear-eyed view of the fragility of our political system—and the importance of defending it against all odds.

Rating: 5.0 stars Reviewed by Patricia Day for Readers Favorite Undeniably, the U.S. electorate is being deceived. Sleeper agents are already working in places of high authority within government, and are just waiting for the call to action, where they will claim victory over the enemy. "The Trojan Horse Conspiracy" by Dick Nelson is a superb read. This is a book filled with facts and fiction, all seamlessly woven into an enthralling story. A must read! The main story and plot is stunningly simple while also being incredibly complex. Sub-plots related to both the government and international security agencies keep the reader almost running to keep up with the action. Politicians as well as the world’s most powerful people play deadly games of cat-and-mouse to further their own goals to gain world domination. Special Agent Brad Tilsdale knows it is dangerous work: combating federal crime and providing protection for a very important person such as the President of the United States is not easy but he has been in this work a long time; it is his life-blood. However, just when he figures he knows what is going on, the rules change and he is thrust in to a world of terrorism, treason and assassinations. What had he missed? Who or what was the missing link? Dick Nelson has created a plausible and exciting political story that shines a light on the often illogical decisions made by those we elect into power. It is a mind-blowing situation that we should all hope does not ever become our reality. I loved this book right from the very beginning. It is an engrossing, fast-paced story with excellent character twists. Reader's Favorite Review: Rating: 5.0 stars Reviewed by Anne B. for Readers Favorite "The Trojan Horse Conspiracy" by Dick Nelson is a thriller extraordinaire. Nelson begins this action adventure techno-thriller with a short discussion on the Trojan War. He informs his readers that the idea for the Trojan Horse came from the Chinese general Sun Tzu of 500BC. He continues by alluding to the plot of this book where the United States plays the part of Troy and the Communists play the part of the Greeks. I am reminded of a quote from a speech by Nikita Khrushchev which said, "America will fall without a shot being fired. It will fall from within." The Chinese are in bed with the Russians and plotting the takeover of the United States. The plan is to place their agents within the US political system thereby forcing changes in the attitude of the government. The conspirators were willing to bide their time. They knew that they must groom a candidate for President of the United States in order for their plan to be successful. “This individual must be selected and roomed from a young age to believe fervently in international Marxism and liberal causes and to believe that capitalism is evil.” When FBI agent, Brad Tilsdale, who was a former Navy SEAL, and his partner Jeff Billings discover the plot to bring the US down from the inside they consistently find hands tied by reticent administrators. Tilsdale and Billings make a formidable team determined to protect the United States. Move over Tom Clancy, Dick Nelson is in town. Nelson not only offers readers an entertaining thriller but he made sure the characters are believable and likeable. The action is non-stop. By using actual events the author will have his readers mesmerized. On several occasions I had to remind myself that the story is not real. Fast action and a techno thriller, the book makes us ask for more. From Reader Views: The original idea of a Trojan horse is found in Homer’s works. They recount how the Greeks were unable to overtake the Trojans militarily causing them to come up with a clever plan to infiltrate from within. They offered a large wooden horse which the Trojans accepted as a peace offering. However, inside the horse were Greek soldiers who, using the element of surprise defeated the Trojans to win the war. In The Trojan Horse Conspiracy by Dick Nelson, the Russian and Chinese governments team up to formulate a long-term plan to secretly manipulate people and events to cause the U.S. economy and government to crumble without any blood being shed. Through the use of timely political figures (beginning with Ronald Reagan) and events (including the 9/11 terrorist attacks) the author demonstrates just how far people are willing to go to attain world domination. At the center of the story is Brad Tilsdale, a American government agent who is not big on following rules. However, he is extremely perceptive and has an excellent track record. As he gets close to uncovering the foreign governments’ plot, moles in the U.S. government constantly shuffle him to different projects to keep their scheme intact. As he begins to realize something is not quite right with the situation, Brad really has to be careful about whom he can trust as he sifts through government bureaucracy and cover-ups. The Trojan Horse Conspiracy is an amazing book. The author laid out the plot in such a way that the reader was allowed to know what was going to happen but had absolutely no idea what events would unfold to reach the endpoint. There were numerous plot twists which made it more exciting to watch the story unravel. No one was above suspicion in this tangled web for the quest for political dominance. I highly recommend The Trojan Horse Conspiracy by Dick Nelson. It will appeal to an adult audience of both genders. Having an interest in politics is not required for the reader to enjoy this story. Anyone who appreciates a finely crafted work that challenges the mind and soul will be pleased with this selection. I definitely will seek out new releases from this author. 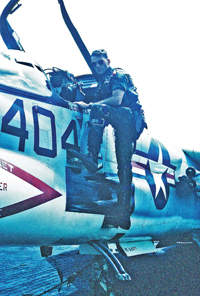 Dick Nelson is a graduate of the U.S. Naval Academy and a former Navy fighter pilot. During his combat service in Vietnam, flying the supersonic F-8E Crusader from an aircraft carrier, Nelson was awarded the Distinguished Flying Cross, thirteen Air Medals, the Navy Commendation Medal with Combat “V”, the Vietnamese Gallantry Cross, and other decorations. After his Navy service, Nelson was a commercial pilot with Continental Airlines, and then attended the UCLA School of Law. As a litigator of high-stakes cases in California, he specialized in the legal areas of employment, business, and trade secrets. Moving to Florida in 2005, Nelson worked for the Dept. of Homeland Security. Now retired, Nelson is also the author of The Contrail Chronicles: An American Family’s Journey Through War And Peace. 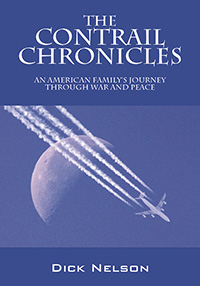 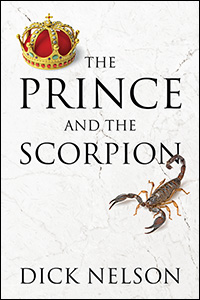