A New Beginning Book I In the Lake Pan Series 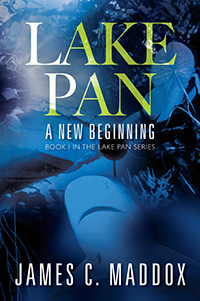 A New Beginning Book I In the Lake Pan Series

Now fully grown, the big fish, twelve hundred pounds and thirteen feet long, was homing in on a faint flutter. Something was in distress near the shoreline. The big fish couldn’t tell what it was, or how big it was. To the fish, the struggling vibrations usually meant food. As it moved closer, the vibrations sent a clearer signal that food was nearby. It could taste the fish blood in the water column, as it passed through it. Now, it could see the source, silhouetted on the water’s surface. One mighty surge of its crescent-shaped tail, and it was on the unsuspecting victim, its teeth-lined jaws engulfing all. Then it was gone, as quickly and quietly as it had come, sliding back into the depths of the lake. Only the widening rings on the water’s surface, gave testimony to the arrival of the new terror.

LAKE PAN, Book I in the Lake Pan series, A New Beginning, is an action-packed novel beautifully fleshed out by the author’s 40 years of experience recreational fishing - creating a fast-paced story of suspense and realism. James C. Maddox has spent years fishing for sharks in his hometown area of Pinellas County, Florida. It is located on the Gulf of Mexico. He has encountered bull sharks, hammerheads, lemon sharks in fishing forays along the coast and in Tampa Bay. Jim merges actual happenings from these and other excursions with a fictional storyline in his novels. Upon retirement from his army career and his civilian job, he left the hustle and bustle of the Florida West Coast and moved to a slower-paced Mid-Florida area. 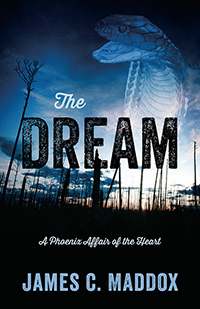 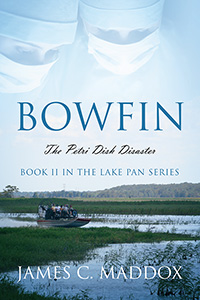