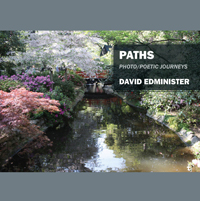 A PHOTO/POETIC STROLL ALONG LIFE’S PATHWAYS

Come along with us as we take a stroll down life’s pathways. Observe the myriad “flora and fauna” growing forth from the rich soil nourished by years of observation and inspiration. Please, feel free to peruse the esoteric essays within. Perhaps they may, likewise, touch the rich, fertile fields within your own soul.

The author, “Mr. Dave,” holds a Master’s Degree in Special Education. He currently teaches “special needs” children at Cole Middle School (Eastside Union School District) which is located in Lancaster, CA. He is a member of the National Educator’s Assn., California Teacher’s Assn., and is a former member of the Society of Children’s Book Writers and Illustrators as well as a prior literary workshop member at the Palmdale Playhouse. Mr. Dave has won several awards for his rhyming children’s stories, poems, and in song lyric writing. His first children’s book, “Pork Chop” published last year by Outskirts Press, was awarded a “Readers Favorite” in the genre of Juvenile Fiction which resulted in a webcast interview from “Book Bites For Kids” in 2010. The script for “Pork Chop,” likewise, won an award via a valley-wide literary contest sponsored by the Antelope Valley Literacy Coalition. The author states, “many of my literary endeavors have been inspired by my students’ lives and reflecting upon events within my own life as well.” The poems within this book were written over a fifteen year span. The author is happily married to Patty, also an Eastside Union School District employee, who took the photographs for this work and who previously illustrated “Pork Chop.” The author is a Vietnam veteran who served in the U.S. Navy from 1968-1971. 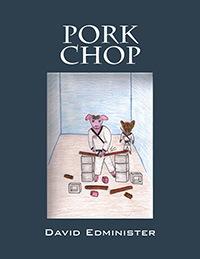