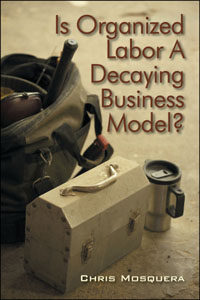 but still stuck in the last century.

This book examines the organized labor business model from the perspectives of the economic and political influences of organized labor, relative to the domestic and global economy.

The traditional organized labor business model, as we have known it over the past century, is not sustainable in it present form, and will become less relevant, irrelevant or extinct, unless major changes are made.

The answer is not a definitive yes or no, but rather yes and no.

The book examines the organized labor business model from economic and political influences of labor unions, relative to the domestic and global economy.

If organized labor continues in the same manner it has for the last century, then the probability of relevant existence in the next century is very slim, and labor will become the one-century wonder.

Unions must accept the new paradigm, which is the nature of work is changing, and will continue to evolve.

The economic forces of globalization are a major contributor to this evolution, as is the shift towards an internet based information society. The traditional blue collar labor business model is being replaced with robotics, technology, outsourcing, and globalization.

Big labor is big business, but still stuck in the last century!
Unions have failed to accept that the nature of work has changed.

Business as usual, usually means that you are out of business. Market forces are forcing economic changes, and unless labor adapts quickly, it will become irrelevant in the global market.

Virtually every product and most services can be performed offshore in low wage countries, or outsourced to lower wage states, using eager low-wage non-union workers.

Telephone communications is seamlessly transferring calls to worldwide call centers, where cheerful representatives, will answer your concerns in the language you have chosen. “For English press one, for Spanish press two, and for other languages, please press three,” is the globalized method for customer service communications.

To an extent, labor unions are to blame. They have priced labor above economic returns. This oversight is a significant contributor to the decline of the organized labor business model. 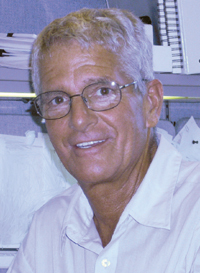 The author has extensive labor union experience from the viewpoint of a union shop steward, an active member of the labor management relations committee, and representing the union side in negotiating labor contracts with management.

He understands union organizing methods, having been involved in organizing two broadcast facilities.

This book was originally written as a PhD dissertation. 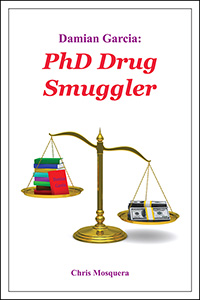