I Found the Answer 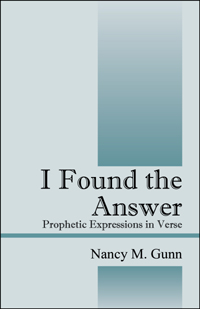 I Found the Answer

I Found the Answer is a book born of prophetic conception. From the time the words, “Sister Gunn, do you write? It was dropped into my spirit that you should write the book,” drifted from the balcony of the Higher Heights Cathedral of Deliverance until the time of completion, God awakened in me a creative ability that had been dormant for so many years. The book’s conception is proof that there is a divine order and a divine destiny. Poetry and prose form a relationship to expound on the promises that God has given through his Son. This book can and will change your perspective on the coincidental and the planned. A life changing experience finds its passage on pages of expectancy bound by divine integrity.

And suddenly there came a sound from heaven as of a rushing mighty wind, and it filled all the house where they were sitting. And there appeared unto them cloven tongues like as of fire, and it sat upon each of them.

When the flames of disappointment began licking around my feet, and the fires of misunderstanding tried to grow more intense, I felt the heat. When my blazing bed became a furnace of discomfort, I felt the rising temperatures. Fueled by fear, tears ran off of the energy of my uncertainty. I was afraid and afraid of being afraid. I worked harder and tried not to think of the problem. I told myself continuously that I could make it, but always I was on the verge of the next downpour. They were empty words being washed away by the flood of tears.

Soon I began to say it aloud, in the midst of a tiny flame. And that’s when I recognized the voice. It was the voice of the Holy Ghost reminding me Is there anything too hard for God? Is there no God here that I must rely on bitter tears and fear to make it through a day? I should say not.

Then the dialogue began. I began to talk to the Father. Sometimes he answered in words and at others he just wrapped loving arms around me. Our conversations were held to remind me that no matter what the problem, God is the answer. There is a balm in . (Jeremiah 46:11)

Our problems are so small in the enormous hands of God. His hands hold the oceans, the seas, the entire world. Imagine for a moment God attempting to pick up a grain of salt and holding it in His massive hands. Try to imagine burning down a brick house with a candle. That’s how inflated a problem is. I heeded the voice of the Holy Ghost and I realized that yes, I was in the midst of trial, but it was only a tiny flame. It was indeed no more than a spark, a flicker. And what must we do to a spark that is trying to ignite? Snuff it out. Although water will extinguish a fire, tears will only fuel it. The Living Water (Jesus) is the powerful match for a mighty inferno. He’s good for a spark and He’s good for a flame.

There is nothing anyone can say,

For I know why Jesus came.

He knew one day I'd be tried

In the midst of a tiny flame.

He knew it would seem to be

But he left behind the cross,

To guide me through this maze.

There is a peace beyond measure

That all men may attain.

There is a mighty wind that blows,

I neither murmur nor do I complain,

Nor pass around the blame.

Because in the eyes of God,

Its strength is so mundane.

It burns but does not consume,

Nor is it out of hand.

It's just another designed test

This earthly vessel can withstand.

And when there comes a day,

When the flame is not so small,

There shall also come a blowing,

From heaven, a mighty squall.

It blew in the upper room

As a gushing mighty wind.

It was a gift freely given

To all that God called friend.

It was tongues of fire

That fell at a given hour.

It brought to the children of God

So whether it be a blustering fire

Or a tiny leaping flame,

It's all the same for those who pray

And call on Jesus' name.

Therefore, try me in the furnace.

Or try me in a tiny flame,

No match for heavenly fire.

Nancy Gunn is a student of the human condition, wielding the written craft to enrapture the mind much like an artist wields a brush. The pages are a blank canvas on which to draw from a talent heralded by many and matched only by an imagination that rises to the task. I Found the Answer is the first in a series of recent pursuits, with work progressing quickly on the follow-up. Born and raised in Ringgold, Virginia, Nancy Gunn is a middle school teacher for the Pittsylvania County in Chatham, Virginia, where teaching is more than a job, but a composition of future promise. 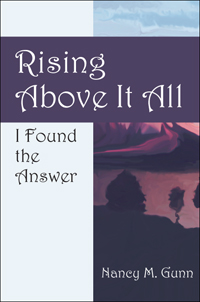 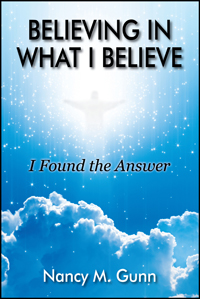 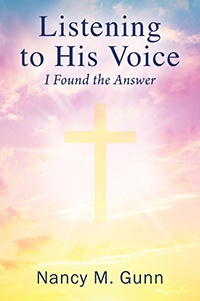