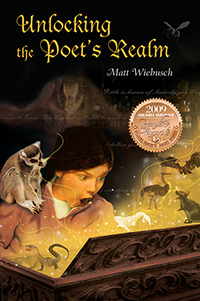 Discover the Magical World Where Animals Run the Planet

Visit my personal webpage at:

Life in the seventh grade isn’t easy for Minnie. Ignored by her parents, she’s picked on and bullied by other kids in her class.

Then one day, she discovers a magic box that transports her to another land, far off in the future.

Called Buval, this place is filled with giant talking bees, magical apes, vicious monsters and other bizarre creatures. But this is no pleasure trip.

The animals that have dominion over this land have brought her here for one very specific reason: to save their world from an evil presence that intends to destroy all that is good.

Now, armed only with her wits and a cryptic poem setting out her task, Minnie embarks on a treacherous journey across a strange land that’s teeming with wicked beasts and danger at every turn.

Can Minnie discover the confidence and belief in herself that she requires to fulfill such a mission?

How she copes with every situation could mean the survival or downfall of the animals’ world — and of her own.

See if YOU can uncover the riddles of the poem before Minnie, revealing where she must go and what she must do next.

Filled with adventure and mystery, "Unlocking the Poet’s Realm" will keep you guessing until the gripping climax.

"With her staff in hand, and without a sound, Minnie slowly

moved to the far side of the mountain, keeping herself very low to the ground.

When she was within a few meters of the edge, she lay down flat

on her belly and listened for any noises.

After a few minutes, she

realized that Chung had either left or gone back inside the cave, although

she could not hear the deep snores she had heard earlier.

Doing an army crawl along the ground, she moved to the edge

of the mountain and gradually raised her head.

in front of her.

She saw nothing except for the remains of past

meals lying at the entrance to the beast’s cave. A horrid stench

wafted up from the entrance to her nostrils.

Chung. It didn't take her long to spot his immense, loping figure

to sniff out some prey.

When Minnie had lost sight of him, as he headed into a thick

clump of trees, she sprang to her feet and slid down the slight

incline beside the cave entrance to a big rocky platform below.

Without any thought that maybe Chung had a brother sleeping

soundly in the cave, she entered without hesitation. However, she

stopped only two steps in, with her staff held out in front of her

defensively. There was an extremely rank odor emanating from

deep within the cave, but it was the lack of light that caused her to pause.

She wanted to let her eyes adjust to the interior of the cave,

before rushing too far in.

and bones, but there was no sign of the boy." 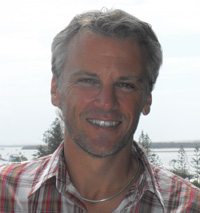 He has worked as a teacher in the classroom, in outdoor education and in behavior management for 25 years.

He has supported parents and teachers by helping them understand individual children’s needs. He has also assisted hundreds of kids to cope better in both the school and home environments.

As well as creating an enthralling adventure for all ages, Matt has designed "Unlocking the Poet’s Realm" to be a survival manual for parents and children alike.