Truth or Lies, Life or Death 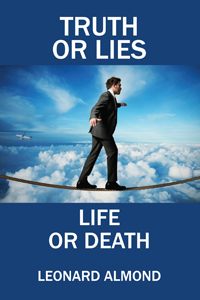 Truth or Lies, Life or Death

WHAT WOULD YOU DO IF OFFERED THE CHANCE TO POSSESS LIMITLESS POWER?

Would you give up the chance to possess limitless power? Adventure story writer Paul Rogers, creator of rich playboy and treasure hunter Jack Stanton, is presented with this decision. Due to a gambling problem, his life is in shambles. His bookie wants money, his publisher is after him for a book he hasn’t written, and his wife is threatening to divorce him. One night in a hotel room before he is to speak at a conference, he decides to solve his problems by taking an overdose of sleeping pills. He is so mentally and physically tired; he falls asleep before he can carry out his plan. The next morning, he meets a stranger who invites him to live the life of his character Jack Stanton and go on a journey to search for an ancient manuscript that holds the secrets to great power. He is also told there are forces that do not want this manuscript with the secrets to be found and will do anything to keep it hidden. Just talking to Paul has put his life in danger. At the conference he meets another stranger that wants him to go hunting for the manuscript, but for different reasons. His journey will not be easy, but if he goes and endures to the end, and finds the manuscript his life will never be the same. He will be in possession of secrets to great power that many men have died to possess. Does Paul take these men up on their offer to go hunting for the manuscript and if he does, does he find it? The answers can be found in Truth or Lies, Life or Death. What would you do? This story may be fiction, but the manuscript and its secrets are real and so are the forces that fight to keep it hidden. 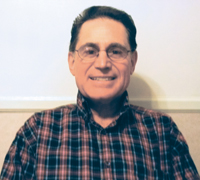 Leonard Almond wrote Truth or Lies, Life or Death after it came to him in a dream. He has published poetry in the past but, this is his first novel. His next book will be Here Before, Here and Now and Hereafter. When not writing he likes to keep his mind active by doing Crossword and Jigsaw puzzles and composing music. He has been working for the post office for forty years and married to his wife Nancy for thirty years.