The Business of Betting Thoroughbreds for Profit 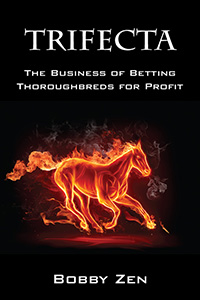 The Business of Betting Thoroughbreds for Profit

Bobby has gone deep into areas never before covered in handicapping and money management. A must read for those who want to make money playing the ponies.

Let's talk about a concept bandied about in the gambling world, known as the 'Gambler's Fallacy'. This is a belief that because there are certain probabilities expected in the long run, a short-term streak of bad luck is likely to change soon. It's why I do not believe in luck, because there is no momentum to change in random outcomes. But, here are some of the beliefs: • A slot machine that hasn't hit in a while is due • A poker player who has had several bad hands in a row is due for a good one • A sports team with several losses in a row is due for a win • Rolling dice and getting three 7s in a row is unlikely to occur a fourth time • A roulette ball landing on red several times in a row will now land on black The belief that there is a pendulum that swings back and forth to even these things out is absolutely not true. This problem with this mindset is that luck, as it applies to games of chance, is a series of independent events, with the next outcome unrelated to the last. So, if you think you are due to win, make sure it is based on solid handicapping, not because you lost six in a row.

Bobby Zen has been picking winners and making money at the track for over 40 years. He covers not only the basics, but teaches you about your own styles in his third book on horse racing. 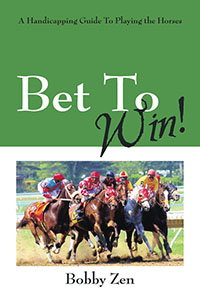