by David B. Whitehurst 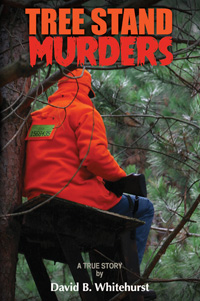 by David B. Whitehurst

This true story splashed all over the news on November 21, 2004. A deer hunter shot eight and killed six other deer hunters including a young woman. In the Blue Hills east of Rice Lake, Wisconsin, Chai Soua Vang―caught trespassing on private property and occupying another hunter’s tree stand―became infuriated and exploded into a rampage after being tongue-lashed by the property owner. Anguished over marital and financial woes, exhausted by working two full-time jobs, and possessed of a quick temper, Vang carried a heavy load of anger―he was walking dynamite. Because the shooter was Hmong and the victims were white, the media reported this as racial. In actuality, race played a minor role. Cultural differences, private property rights, and a personality clash created a gripping drama. Containing information not previously known to the public, the book illuminates, in easy-to-read story format, the backgrounds of those involved, the anger-filled and heart-wrenching incident, the exemplary trial―and answers the critical question of who shot first.

A deer hunter in the Blue Hills for 25 years, Whitehurst and his hunting buddies became aware of trouble when three ambulances screamed through the woods followed shortly by a surveillance airplane at tree-top level. He interviewed numerous individuals related to the incident, attended the trial, and studied over 1,600 pages of police reports. He and his wife, Mary, have four adult children and 11 grandchildren.