From the Shorts of Dennison Rey 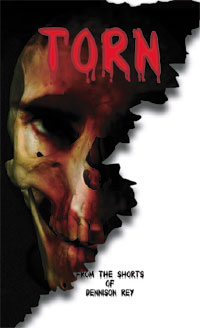 From the Shorts of Dennison Rey

Ten twisted tales of terror from the macabre mind of a madman. Plus a bonus story! The uncensored version of the award-winning and uncanny Intimacy With Art.

What readers are saying about the stories in Torn:


God! What if he's like my last roommate? Or what if he has a girlfriend and they never leave? What if she used to be my girlfriend? What if she dumped me for him?


God no! Anything but that.


I couldn't go through this torture again. I can't go through it now. Why did my last roommate have to go? Because he was a nut, that's why. I could tell from his voice. He sounded normal over the phone, butï¿½


This roommate sounded NORMAL OVER THE PHONE! God! All the psychos sound normal over the phone. They disguise their voices and take their victims by surprise.


Take it easy! You sound normal over the phone. You're not a psycho.


He probably escaped from a nut house.
A PSYCHO WARD!


Knife in hand, A BIG KNIFE, he looks for inno-cent people seeking roommates and kills them. He's a crazed maniac! THE ROOMMATE KILLER, that's what they'll call him. And I'll be this first vic-tim. NO! His third. I'll be his third victim. HE STRIKES AGAIN. He's a professional killer. That's why he acts normal, sounds normal, looks normal. He kills and then kills again. That's why he was locked up. He cannot be stopped!


You've been watching too many movies, pal. Cool off. Get something to drink.


What if he's an alcoholic? He drinks too much and just goes crazy. A mean drunk. I can see it all now. He was drunk and killed somebody. Some friend of his. Some roommate of his! They were fighting over a woman and he went nuts. And THAT'S why they locked him up. Because no one was safe. But he vowed revenge on society, on people, on roommates in particular.


I'm not thirsty anymore. I'm hungry. Fix something to eat. Get some bread and some meat and some cheese and some mayo and a knife. A BIG KNIFE, because he's coming. And he's hungry. He'll smell your food. He'll sniff out the scent like a damn dog ï¿½ like a bloodhound. They don't have this kind of food in funny farms. He'll see it and he'll take it from you. Don't resist him. He'll kill you just like he killed the others.


And the police won't be able to do a blessed thing. They're inept. They have no clues. No leads. They are helpless against him, the roommate killer. After you're dead, he'll find another roommate. Why should he stop?


Why? Why do you need another roommate?


Go to the door, pal. You'll be okay. Don't forget the knife, just in caseï¿½


Hear his footsteps coming up the walk?


They're heavy footsteps. The roommate killer is a big man. A big guy!


You're pretty big, pal. You can take him. Grip the knife, just in case.


That sound? What's that sound?


Your heart. It's your heart thumping in your chest.
No, that other sound. Another thumping.


It's HIS heart! He's getting ready for the kill!


It's the door. He's knocking on the door.


Wellï¿½? Are you going to answer it?


He doesn't look crazy. He looks quite normal. In factï¿½he's TOO normal. He must be crazy!
It MUST be him! He's coming toward you, hand outstretched! Stop him! Stab him! Kill him!


He's dead, pal. You killed him. I told you everything would be okay. Take a breath. Bury the body. You can find another roommate tomorrow.

Dennison Rey dances where others fear to tread. He explores the psyche sane folks dread. With education galore, he is very well-read. He lives like a hermit on the edge of a cliff near the cusp of reality, reading with resonance and writing with wrath. Visit outskirtspress.com/torn for more information. 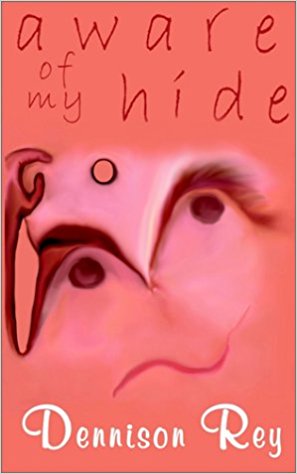