Once Upon A Time When Tobacco Was Good

Sleeping at the Barn 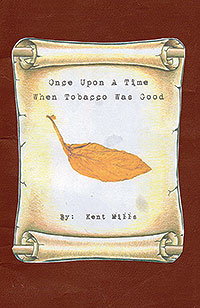 Once Upon A Time When Tobacco Was Good

Sleeping at the Barn

A HEART WARMING STORY... A MUST-READ

Tobacco has not always been a negative word. A famous movie star who was later to become president of the United States was on billboards all over America, encouraging us to light up and enjoy life. "Once Upon a Time When Tobacco Was Good" tells this heartwarming story in a way that lets you live it just as if you were there.

The Year 2000 University of Virginia Hospital Charlottesville, Virginia "Daddy…Daddy…Daddy can you hear me? If you can hear me Daddy, I’m going outside for a few minutes. O.K. I’ll be right back. O.K.? If you need anything, just push the button for your nurse; O.K.? I’m just going outside for a little while. I’ll be right back." Jonathon Theadore Anderson, IV, known among his closest friends and family as ‘Lil “T” or Ted, could hear his daughter’s voice but it sounded hollow like she was a long ways away. Emma Leigh was Ted’s oldest child and the only one of his three children who lived close enough to the University of Virginia Hospital to visit him on a regular basis. Instead of opening his eyes when Emma Leigh spoke, Ted Anderson squeezed his eyelids even tighter. He really did not need to see any more of this dimly lit hospital room that had been his home for most of the past two years, four months, and thirteen days. The clear plastic I.V. bags that hung from the shiny chrome hooks just above his head had represented hope during the initial stages of his treatment. Now, when he stared up at them, they were only a grim reminder of his almost certain future. Sometimes, in the middle of the night, they appeared to him as vultures. Just like the ones he use to see flying in circles over something that had died in the woods behind the old wooden farm house down in southern Virginia where he had grown up. ”This here dag-gone breathing tube! I’d fix it good if I could just raise my arm up a little bit”. In his mind, Ted Anderson, longed to be rid of all this. The months and months of the poison called chemotherapy, dripping ever so slowly into his blood veins, trying to kill the cancerous cells while sparing the healthy ones. Session after session of radiation treatments….and the god-awful throwing up! “I done ‘bout puked my guts out, Emma” he mumbled out loud without even realizing that he was speaking audibly. Ted Anderson had not spoken, out loud to anyone for the past twelve days. Lung cancer had begun to take its final toll on the now frail body of Emma Leigh’s daddy. “Oooh, if I could get out of here for just a little while. If only I could have gone outdoors with Emma, for just a few minutes”. Ted Anderson knew where she had gone anyway. He had seen it the day they brought him in on the rescue squad ambulance last month. It was right outside the main entrance door. “If only I had been able to go down there with Emma, I more than likely could have bummed one off of her” Daddy really did need a cigarette. 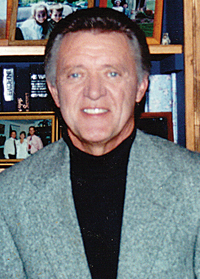 Kent Mills lived through the time when tobacco was considered a good thing and a wonderful way to earn your living. Born in 1942, as a young boy, Mr. Mills’ winters were for schooling in the area’s only city, but all his summers were spent on his uncle’s tobacco farm where he lived from June until October. His humorous and streetwise writing style was developed from a mix of city boy/country boy living. Kent’s self-described punchline poetry, can be found in several books including Poet’s Domain, published by Patricia Adler of Hampton Rhoads Publishing, Charlottesville, Virginia, 22902. Pat’s contact information: www.livewirepress.net Kent Mills contact information: kentmills4u@gmail.com