A Memoir of Love, Courage, and Devotion 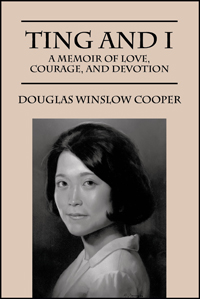 A Memoir of Love, Courage, and Devotion

Tina Su and Doug Cooper met in a Chinese class at Cornell University in 1963. They fell in love, later married and lived happily ever after. Actually, it was not quite that simple. With both sets of parents opposing an interracial marriage, the couple separated and did not meet again for nineteen years. Tina went off to grad school at Harvard, married a scientist from China, edited for the Encyclopedia Britannica, had two sons, and felt trapped in a difficult marriage. Doug was drafted into the army, and afterward earned his master’s in physics from Penn State and a Ph.D. in engineering from Harvard. His first marriage (to a Caucasian woman who resembled Tina) failed. Eventually Doug contacted Tina, and the two declared their love. Interracial issues were no longer a problem; but her multiple sclerosis, with its likelihood of increasing disability, would cast a shadow on their prospects. Tina—with great difficulty and pain—left her marriage. Now together for more than twenty-five years, Tina and Doug have learned that while love may not conquer all, it has been crucial in successfully meeting the challenges of Tina’s progressive immobility, ultimately her quadriplegia and near death from an MS-caused pneumonia. More than a love story, this wry memoir has reflections on love and marriage, faith, professional ethics, at-home intensive nursing care, medical insurance, finances, and the exceptional character of a brave woman, written by the man who loves her, with tributes from those who admire her.

HOME OR HOSPICE? Home or hospice? Fight to live or try to accept death gracefully? That was the choice the doctors gave my wife, Tina, as they prepared to discharge her from the Critical Care Unit (CCU) of the local hospital. She had nearly died of aspiration pneumonia, the result of an exacerbation of her multiple sclerosis (MS). Her hundred-day battle had ended in a partial victory: she was alive, but now quadriplegic, ventilator-dependent, fed through a tube penetrating her stomach. The hospital that had saved her life was now a threat, as she started to pick up infections from the other patients. When she had been brought by the emergency crew to the hospital in late February 2004, Tina had told them she did not want invasive treatments. She was scared and disoriented. I got there within a half hour and countermanded her instructions. I had her power of attorney; multiple sclerosis had made her unclear of mind at times, though often she showed the intellect that had propelled her through Cornell and Harvard and onto the editorial staff of the Encyclopedia Britannica. This was a dangerous time for fuzzy thinking. After she spent a week in an induced coma and another week or two of intensive care, she and I talked about whether I had been right to insist that she receive heroic efforts to save her life. She was glad I did. Tina’s choice was to live, especially for her sons, for me, for others she cared about, and for herself.

Douglas Winslow Cooper is a freelance writer and retired physicist, currently helping to manage round-the-clock care of his wife, Tina, who has multiple sclerosis and is quadriplegic. Cooper earned his A.B. and M.S. degrees in physics from Cornell and Penn State and a Ph.D. in engineering from Harvard. He served at the U.S. Army biological warfare labs at Ft. Detrick, MD, and on the faculty of the Harvard University School of Public Health. An idealistic, rational optimist, he has been active in politics, and his professional life centered on environmental issues. He was elected Fellow of the Institute of Environmental Sciences. In retirement, he enjoys reading, walking his dog, listening to music and freelance writing. 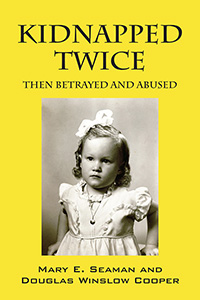 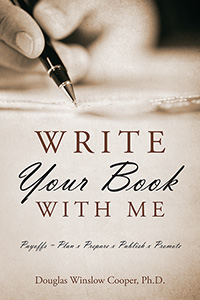 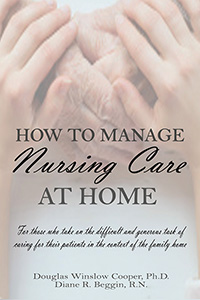