This May Not Be What You Think It Is 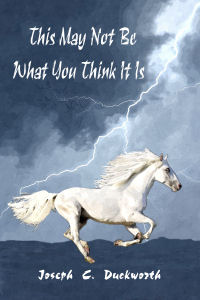 This May Not Be What You Think It Is

Ambrose Bierce fought in the Union Army at the bloody Battle of Shiloh in 1862. As a Reporter for the "San Francisco Examiner" in 1913, he went to Mexico to cover the Mexican Revolution. His final transmittal on the 26th of December,1913 said: "As to me, I leave here tomorrow for an unknown destination." Bierce mysteriously disappeared next day. Some said he might have been killed. He knew he would "leave for an unknown destination" on that day, so it was highly doubtful that he was killed. Bierce was known for his "huge surprise" endings for some of his stories. "Occurrence at Owl Creek Bridge" is a good example. One of the stories written about Bierce hints as to his disappearance being tied to "Alien Beings" from another Planet. Short stories herein are absolute facts, or whimsical twists to those stories which are absolute fact. The reader will find Humor, Intrigue, "Ghosts" "UFOs" "Bigfoot," adventure and suspense, as well as very clear insight to the "beyond here and now." Bierce might have enjoyed reading the surprise ending elements found herein. Be prepared for those surprise endings They exist here, as surely as Bierce did. Are you ready? Trust me, you need to be ready!

I often sat at the feet of those telling old family stories, learning the stories well. "Ghost stories" intrigue many. My Father experienced firsthand two of this book's stories. I grew up where he did, in Mineral Wells, West Virginia, playing often in "George's Log Cabin." It exists there still.