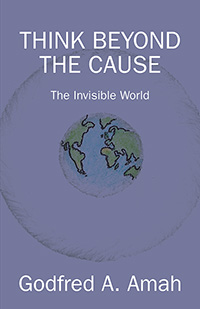 The physical world is characterized by the seven colors of white light, the three states of ordinary matter and our five senses. Anything beyond these can be said to be spiritual and belongs to the spiritual realm. Evil spirits exist in the spiritual world but interfere with the physical. We sometimes feel them and often suffer from their actions as we continuously fail to recognize their presence and roles. They plan their activities in the spiritual realm and execute them in the physical world. As a result, things go wrong somewhere somehow. Because they work in secret, in silence and out of sight, God or some other being somehow carries the blame. A victim of spiritual attacks, the author puts together his life experiences and ordeals with evil spirits, then uses science, medicine and religion to demonstrate how possible and real the interactions between the spiritual realm and the physical world are, and how they occur with humans as victims. He is a physician with over twenty four years of practice, and a Master of Public health degree from Johns Hopkins School of Public health. Think Beyond the Cause exposes the tricks and lies of the devil. It informs, inspires and educates professionals in all walks of life to be alert, detect and deal with evil, spiritual problems in the lives of humans and in our societies.

Godfred Amah has an MD degree, a Master of Public Health degree and over twenty four years of practice of Clinical Medicine and Public Health.