A Journey to Conquer Remorse 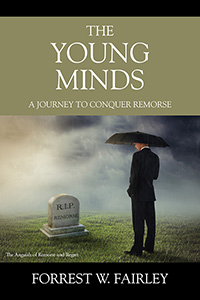 A Journey to Conquer Remorse

In our lives, we will all face Remorse and Regret for something we did or didn’t do, something we said or didn’t say and now, years later, this cancerous emotion creates a heartburn of guilt that no pill can remove from our souls.

Most people futilely attempt to try to forget their actions of the past and brush their regretful deeds under the carpet. Yet some the particles of guilt show from underneath and, like Martin Hicks, a successful published New York Times Best Selling Author, he finds himself suddenly thrust into a new world order of Regret beyond what he ever imagined when he awoke that November morning.

The emotional reality dictates what we really feel and what could have been avoided had we decided to act or speak differently, yet sadly, it usually is too little and too late.

The misty Manhattan cold November rain, in the back of a small postage stamp size cemetery directly behind the aging 170-year old Catholic church, is center stage for Martin Hick’s newly found guilt bubbling inside him.The teardrops of rain drip from the silver casket, as he stands at the grave of a past mentor, a teacher whose guidance changed his life. He would not be who he is without that influence. Yet, almost 20 years after graduating from her classroom, he never thanked her or told her how much her guidance altered his course in life.

Standing at her grave, what continues to run through his mind, is his mentor’s famous “Young Minds’ speech, given in daily-doses to encourage the future life path of her students. And, yet, he never once returned to his school and expressed his appreciation.

Martin’s increasing remorse gets the better of him as he thinks of his teacher. He realizes he must find a way to remove this stain of guilt now branded on his soul and so a journey begins that not even he could have imagined had he written it in one of his best-selling mystery fictions.

Martin’s intended journey of turning remorse into redemption, is anything but a smooth and easy pathway. In fact, it quickly becomes the defining journey of his 34-year old life.

He stands at the door of an empty home, the owner, nowhere to be found, having moved away to be with her father in heaven. All that remains is the house she once lived in.

And, with his knock never answered, the only thing greeting him at the front door is Remorse and Regret. 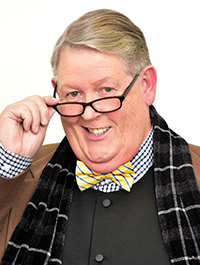 Like most people, I am driven by goals. When I knew I was retiring from the corporate world in 2018, I instantly began working on one of my many bucket-list projects, writing my first novel, “THE YOUNG MINDS.” Part of my journey in life, revolves around a consistent sense of getting up in the morning and going to sleep at night knowing that in some small way, I have put down “footprints” for others to somehow remember me or discover one day when God the Father calls me home. A “Footprint”, as I term it, is really anything that is a life action meant to help or change for the better. It can be a small gesture to another person or an even bigger achievement that literally changes the course of life for someone or something. And, in a most optimum view of a world that could be, would that not be a simply wonderful path of prints to view if everyone decided to walk their life in that direction. We all can enjoy such a faith-inspired life if we so choose. I, too, am an everyman in experiencing that emotion of REGRET and REMORSE. It is painful once you realize your mistakes.A journey to redemption is always filled with twists and unexpected turns and this is what you are about to read in my book, “THE YOUNG MINDS.”