The Young Guardians and the Genesis Spell 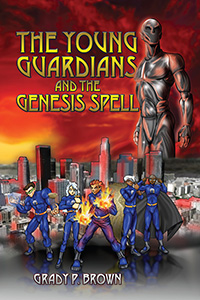 The Young Guardians and the Genesis Spell

Patrick Donovan and his best friends desire an ordinary life, but all of that changes in an instant. After an encounter with the last of an otherworldly race, Patrick and company begin to manifest superhuman abilities. While they struggle to adapt to their transformations, dark forces begin to hunt them from the shadows and their true calling is just over the horizon. Join these empowered teenagers on their quest to save the world and fight the forces of evil.

The mysterious object hit the ground in front of them. As the object hit the ground, shock waves of white energy shot in every direction. The shock waves hit Patrick and his friends over and over again, sending them flying in every direction. Joshua flew at a tree, smashing it in two, and slammed through a window of a Corner Bakery Cafe. Derek landed in the fountain outside the theater with a loud splash. Gregory crashed into one of the theater pillars, landing on his back. Patrick flew straight up, falling back to the ground with a thud, belly up. Patrick slowly raised his head. He looked in front of him. There was a large crater, with white flames surrounding its rim. Even though the heat was immense, Patrick tried to pull himself toward the crater, to see what the object was. He winced, his insides and eyes were burning and his legs were numb, as he crawled towards the crater. He peered over the rim, and looked inside. There was a young girl who appeared to be his age, more beautiful than any he had ever seen, lying in the crater. 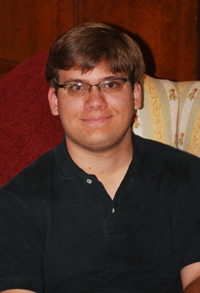 Grady P. Brown, a longtime science fiction devotee, is a young man who envisions a world very different from our own. He is a college student in Southern California, and a lifelong writer. In his writing, he creates a place where young men and women are empowered superheroes responsible for changing the course of history. Grady hopes you enjoy his story and welcomes you to his world … 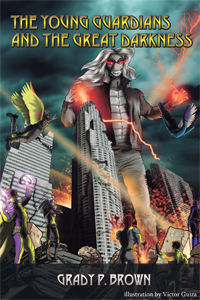 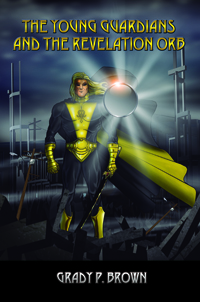