The World Before the Flood 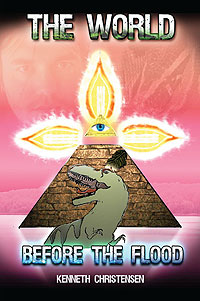 The World Before the Flood

In a world bitterly divided over evolution and creationism, Dr. Bill Anders makes a startling discovery-a massive underwater city near Bermuda filled with engravings of dinosaurs and dragons. The explosive finding has the potential to end the dominance of evolutionary theory once and for all. But those who promote this established scientific

Now, Anders prepares for a high-stakes expedition to the site that could confirm biblical history-or prove to be a devastating embarrassment. Coming along for the ride is his close friend, Dr. Kenneth Johnson; pro-evolutionists and scientific rivals, Drs. Don Carls and Kent Smith; and a group of dozens of inspired students. But when the trip takes an unexpected and mysterious detour to a land where dinosaurs, dragons and humans coexist, this diverse group might find they have only one hope to survive-help from above.

The first book in The World Before the Flood trilogy, The Untold Story blends the cutting-edge science of biblical archaeology with an edge-of-your-seat adventure that explores the power of faith.

The creation evolution debate is running high and the world is on the verge of nuclear holocaust. Dr. Bill Anders an inspired creationist has discovered a massive under water city with engravings of dragons and dinosaurs. together Bill and his close friend Dr. Kenneth Johnson take the evolutionary theory head on only to find tough opposition from two of the world's leading scientisi's Dr. Don Carls and Dr. Kent Smith who are strongly pushing the theory of evolution in the mainstream media. Dr. Johnson decides to lead an expedition to the Bermuda region where the city was found.

As dozens of students sign up for the trip the tension heats up between the rival scientists. Among the people are Nikki Mc Anders, a talented reporter; Stephen Nickles a college pothead; Andrew Kyoto a missionary; and Patrick Westwood a calm student seeking answers. As they arrive on the site the people are awed by the discovery. But awe quickly turns to total terror as Hurricane Michael rages through the Bermuda. The expedition crew is rescued by a military crew led by General Michael Hawk and Captain Jeffery Wallis. The ship tosses and turns and a mysterious green fog appears. As the storm ceases, the sun shines through the oxygen is different and the sky is a pinkish color.

The crew finds shore only to discover that the land is ruled by dinosaurs and fire breathing dragons. They are separated through a series of attacks by the vicious reptiles. They come across several villages where brutal massacres have occured and Kenneth realizes that the culprits are the Nephelim an evil race of giants. During an attack by a pack of tyrannosaurs God sends Karona, a native girl, to rescue the crew from certain death.

As the casualties increase, the students and professors realize that God is their only hope for safety and many put their trust in him. They discover that the world then is not much different than ours. They must still recieve Christ and secrets of Atlantis are revealed. Stephen along with several others are granted warriorhood and stand proud. But many of their collegues are kidnapped and taken to Atlantis to fight in the coliseum. Karona realizes that they will have to go to the great city and they set off. 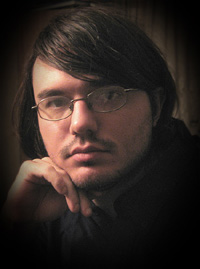 Kenneth Christensen was inspired to write The World before the Flood trilogy after viewing a creation studies program on Trinity Broadcasting Network. An outdoors and wildlife lover, Christensen attends Faith Assembly of God church in Peru, Illinois, where he also lives. 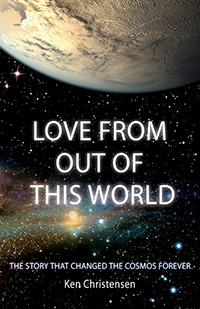