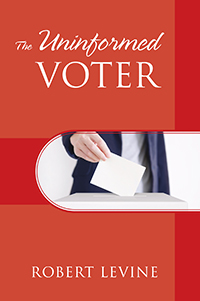 A history major at Columbia, Vietnam veteran and a lifelong political junkie, RAL has long been troubled by the problems of democracy that seemed illogical to him. When citizens seemingly have the power to elect officials, why doesn’t the government run well? A contributing journalist to The Moderate Voice, a centrist website, RAL has written about politics for years. His book, Resurrecting Democracy was abut the need for a centrist third party. Shock Therapy for the American Healthcare System was about health care reform. A practicing neurologist, he is an Associate Clinical Professor at Yale University.