A Dance with the Devil, The Forward Air Controllers that History Forgot

by Don Bell and the Tiger FACs 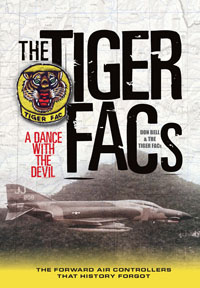 A Dance with the Devil, The Forward Air Controllers that History Forgot

by Don Bell and the Tiger FACs

They were the Tiger FACs, the forward air controllers who flew fast-moving F-4E Phantoms over the deadly skies of Laos and North Vietnam in an air war that history forgot to mention. These are their stories, in their own words, of missions in AAA-filled skies with supersonic angels as their wingmen. They challenged the enemy down in the weeds, eyeball-to-eyeball; cutting the supply lines that plunged through the mountains and karst formations of Laos on their way to South Vietnam. The mission required flying sorties up to six hours long with four to six air-to-air refuelings. It demanded extraordinary teamwork and bravery, and this small group of men paid the price, suffering up to eighty percent of the combat damage of a seventy-two aircraft wing. Their stories are often irreverent and far from today’s political correctness, yet they are filled with the reality of war. “The Tiger FACs” will take you back to experience the days and nights of these fighter crews at Korat Air Base in Thailand. It is a recantation of the life and times of the men who chose to fly and fight, and while you won’t experience battle damage, you will feel what they lived, and know, without doubt, that you are on their wing. 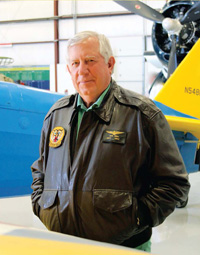 Don Bell and the Tiger FACs

Don W. Bell, USAF Maj. (ret.), U of A BSBA, U of NC MA. Flew 188 combat missions (555 hours) during the Vietnam War as a Tiger FAC (‘71), earned two Distinguished Flying Crosses and thirteen Air Medals. He flew as an exchange pilot with the Marine Corps and was a first to attend Navy TOPGUN (‘76). A major contributor to the F-16 Multinational Test Program (‘78), he continued as a test pilot until April 1987. During Hurricane Katrina he helped open and manage the largest Red Cross shelter since the Great Flood of 1927, in NE Louisiana, after retiring from middle management in the Defense Industry. He and his spouse live in Monument, CO. Other books include Catherine’s Kid, an early memoir.

Also by Don Bell and the Tiger FACs 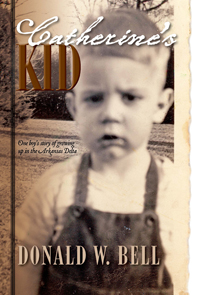