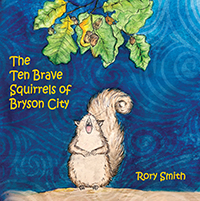 What can the squirrels of Bryson City do to save their acorns?

Rory Smith would love to introduce to you his new book "Burning Man". It is a story of a group of friends that discover they are linked in more ways than they could possibly imagine. Following some unusual deaths and odd occurrences surrounding the group at home, they take a trip to the Burning Man Festival out on a dried lake bed in the Nevada desert, where Rock, the main character, meets a man who goes by the name Paul makes the claim of being the two-thousand-year-old Apostle Paul from the bible, who was never allowed to die because he attempted to kill Mary Magdellan on the road to Damascus following the crucifixion of Jesus. Paul was the lead assassin for a Jewish group called (The Sanhedrin) That is not the only secret Paul is forced to share. What Rock, his friends and Paul learn during their time at Burning Man will change the way they perceive the world from those days forward....and quite possibly the way the world views itself. The book challenges history as it makes a clear point that history...is always inaccurate...and gives many pointed examples of such.

“Breisha Meir!” Yusef continued. “You have shared the name on the scroll with no man. Is that correct?” Breisha began to get excited. “I have not! Well, let me take that back. I told my supervisor the name I deciphered from the scroll.” Yusef paused, awkwardly. “What was your supervisor’s name?” “Benjay Mayer!” Breisha replied pensively. Yusef nodded to the two bulky men at the door who proceeded to exit the room toward the elevator. Yusef then moved up on the uppermost step of the platform top, speaking to the crowd. “Would you mind sharing the name you have found on the scroll with us all now?” His voice elevated with pomp. Breisha realized it was time to share all of his hard work. The crowd quieted. Underneath his hood, Breisha beamed with pride. “The name on the scroll is Razie.” Yusef leaned in to ensure he had heard the name correctly. “Would you repeat that name and spell it for us?” Breisha spoke louder this time, assuming that the hood was hindering the others from hearing him. “R…A…Z…I…E… Razie!” Yusef then shoved Breisha from the platform, causing him to drop the three feet. The loud snap of his neck bone separating made some in the room wince as he died instantly, the hood being the only item preventing his head from being disconnected from his body. Yusef then exited the room, followed closely by Meira. 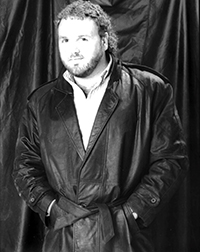 Rory Smith is a real-life adventurer. He works in the field of nuclear technology, has been a world traveler and believes in goal based travel. He has seen amazing things....and 80 percent of this book are a fictional tale wrapped around real-life experiences. He makes the disclaimer in writing this book and its sequels, that it’s the readers responsibility to sift thru the fact...and the fiction. Just like life. He also would like to make a point that history is mostly inaccurate. And most of the time is just a lie. 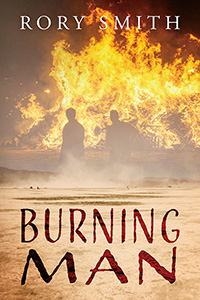